The return of Sedi and Pablo 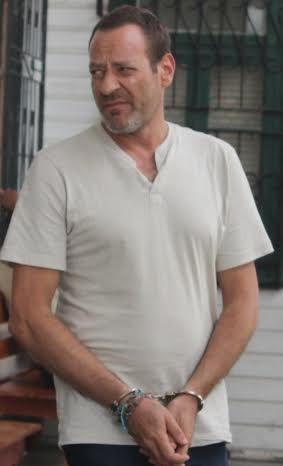 Monday, November 9, 2015.  Aaron Humes Reporting: Given the weekend to think about it, 47 year old Mexican-American David Miguel Nanes Schnitzer, wanted in Mexico and the United States in connection with the Allen Stanford Ponzi scheme and charged for uttering a false Belize driver’s license, changed his plea from guilty to not guilty in court today. 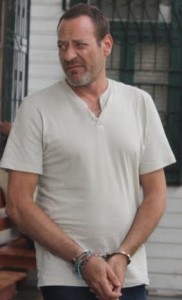 Chief Magistrate Ann-Marie Smith, after hearing arguments, elected to deny Schnitzer bail, believing that he was a flight risk.

Inspector Egbert Castillo, court prosecutor, cited Schnitzer’s dual nationality as grounds for denying him bail; he said this would make him a high risk to abscond from court appearances if granted bail, and he is wanted in both countries in which he holds citizenship for unrelated matters. He also listed the strength of the prosecution’s case and the gravity of the offense, as well as the continuing investigation into how Schnitzer got the license in the first place.

In reply, Barrow-Chung submitted that there are a number of conditions the court can impose on a defendant to insure that he does not abscond and to take into consideration the likelihood that he is a flight risk and to consider the strength of the prosecution’s case would be unfair to her client, since he is still not privy to what are the facts of the prosecution’s case and disclosure has not yet been provided.

Last week Friday, November 6, 2015, Schnitzer was brought before the court on a single charge of uttering a forged document, to wit, a Belize Drivers license SP2269 for which he was found with on San Pedro. He is due back in Court #1 on December 9, 2015.