One charged for shooting in Santa Elena

One arrested for burglary at Julies Hardware in San Ignacio 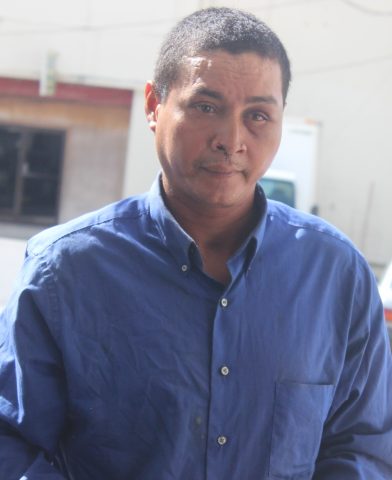 Monday, November 9, 2015.  Aaron Humes Reporting: 32 year old Carmen Orellana has no legal status in Belize and faces possible deportation tonight after a disorderly conduct call to police in the Belama area escalated to police assault, though Orellana got the worst of it.

Orellana, whose full name is Carmen Orellana Olliana and who is originally from El Salvador, pleaded guilty to aggravated assault of a police officer for hitting Constable Rod Abraham in the chest. 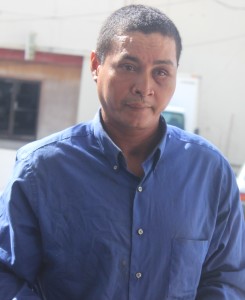 Orellana himself sustained a black and blue eye after he was hit twice in the face by P.C. Abraham, who said he was trying to stop him from getting at his firearm.

According to the police, on Friday, November 6, 2015, on Queen Street in Belama Phase 3, at around 11:30 p.m., P.C. Abraham and Sgt. Briceno were on mobile patrol on Albert Hoy Street when they received information that a Hispanic male was behaving disorderly on Queen Street.

On their arrival, the man identified as Orellana grabbed P.C. Abraham in his chest and asked him if he wanted him to take away his firearm. The constable said he then saw Carmen Orellana grab his pistol that was in his pants waist. A struggle ensued between them and P.C. Abraham hit him twice in his face in order for him to let go of his firearm. Orellana fell to the ground and began to bleed and they subdued him and took him to the KHMH for treatment of his injuries, which were classified as wounding.

On his appearance before Senior Magistrate, Sharon Fraser, he pleaded guilty to the charge and was sentenced to 9 months’ imprisonment. This is his first offense but since he has no status in the country and has been living here illegally, she told him that she cannot impose a fine.