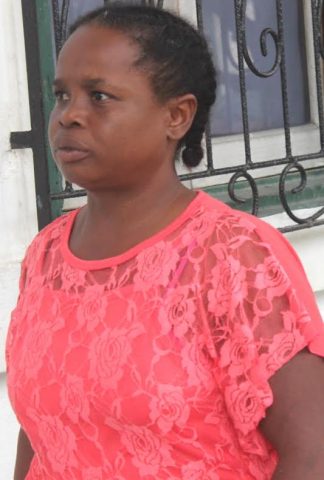 Thursday, November 12, 2015.  Aaron Humes Reporting: A Belize City mother plans to appeal a short jail sentence handed to her today by Chief Magistrate Ann-Marie Smith after she was found guilty of using insulting words and harm. 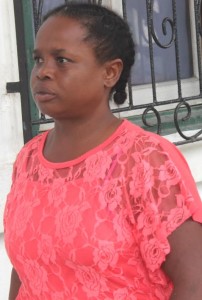 Mother of seven 40 year old Stephanie Moreira was sentenced to 15 days behind bars for the offences, but thought she deserved a fine after pleading guilty.

However, the Chief Magistrate set the jail term as a lesson, “so you learn that you cannot take matters into your own hands,” as she said to the accused today.

Moreira, a food processor and resident of Iguana Street, Belize City pleaded guilty to insulting words to Georgia Curry and harm with a piece of rock upon Shasta Flowers. She told the court that yes she did throw a stone at the woman because, quote, “All of them rush at me.”

Moreira then explained that the incident stemmed from an old matter where two of her daughters were playing and one of them were injured by one of the lady’s sons.  She said that her daughter was sting with a ball in her face.

The Chief Magistrate asked Moreira if they had made a report into that incident so that the police could intervene.  She said they did not.

But Georgia Curry told police that Moreira went to her house and cursed her out, then after a later confrontation threw a rock at the other woman.