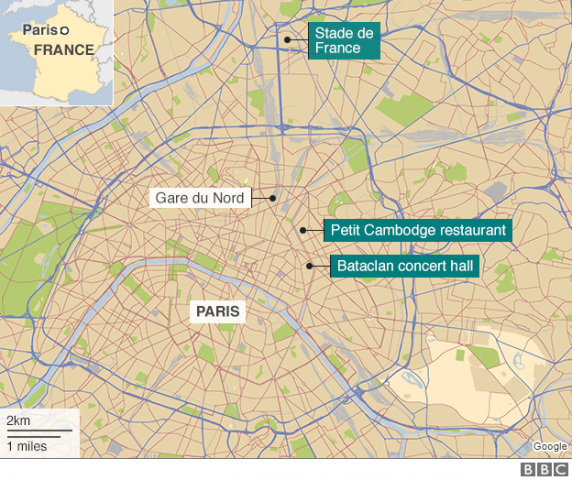 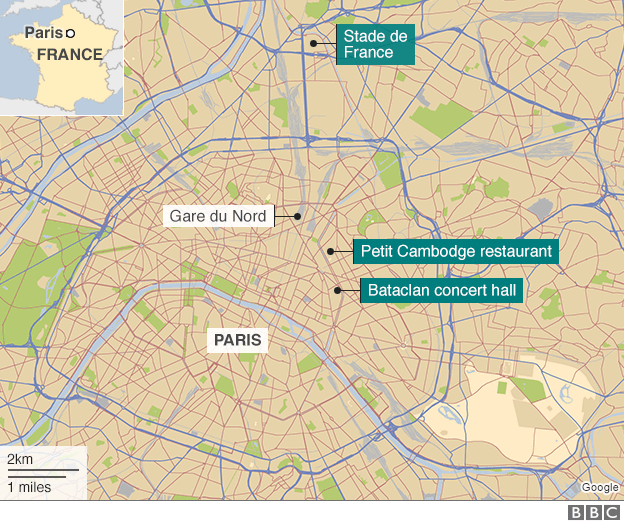 Friday, November 13th 2015. Victor Castillo Reporting: “France has declared a national state of emergency and has closed its borders after at least 40 people were killed in multiple gun and bomb attacks in Paris,” reports the BBC News.

President Francois Hollande called the events “unprecedented terrorist attacks” and added, “This is a horror.” In a series of tweets, he said, “Faced with terror, this is a nation that knows how to defend itself, how to mobilize its forces and once again, knows how to overcome the terrorists.”

According to BBC News, Paris residents have been asked to stay indoors and military personnel are being deployed across Paris.

This is a developing story and you can read more about it here: http://www.bbc.com/news/world-europe-34814203