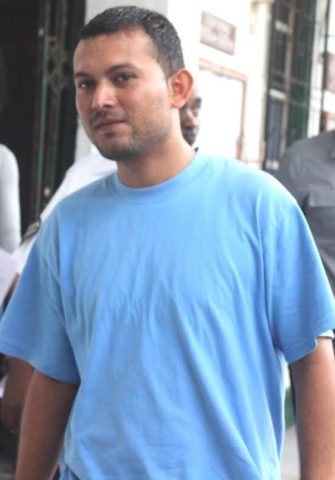 Friday, November 13, 2015.  Aaron Humes Reporting: Today two men who were before the court recently accused of different criminal offenses were both granted Supreme Court bail in the sum of $5,000 each plus one surety of the same amount. 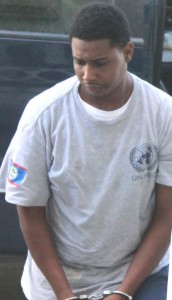 Interdicted cop, 31 year old PC Hector Esquivel, is being accused of having sex with a 14 year old minor in Belize City less than a month ago.

Arraigned and denied bail on Monday of this week when he appeared before the Chief Magistrate, Anne Marie Smith, PC Esquivel was granted bail this morning in the court room of Supreme Court Judge, Dennis S. Hanomansingh, which he has met

With no objection from the Crown, Justice Hanomansingh set stringent conditions to his bail including to surrender his travelling documents including his passport to the clerk of court.  He also ordered him to report to the Orange Walk police station once a week on Friday’s effective next week Friday, November 20, 2015 and he was also order to stay away from the prosecution witnesses especially the 14 year old victim and to appear in the Belize City Magistrate’s Court on all occasions as ordered if not his bail will be revoked. 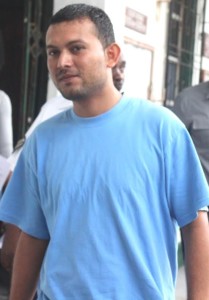 Esquivel is represented by Attorney, Dickie Bradley and returns to court on December 18, 2015.

Meanwhile, 22 year old Ladyville resident, Kyle Perez was also granted bail on one count of maim and one count of damage to property upon his ex-girlfriend  who accused him of assaulting her during a domestic dispute at her home. She alleged he broke a phone screen in her face which left her with damages to one of her eyes.

Perez must surrender his travelling documents, stay away from the victim and the prosecution witnesses and report to the police station every Friday, effective next week Friday, November 20, 2015