Belize exports are up

Belize: The Socio-Cultural Evolution and The Economy 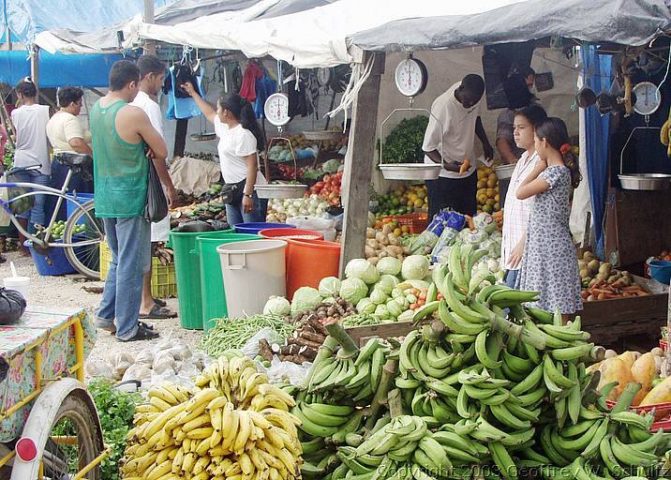 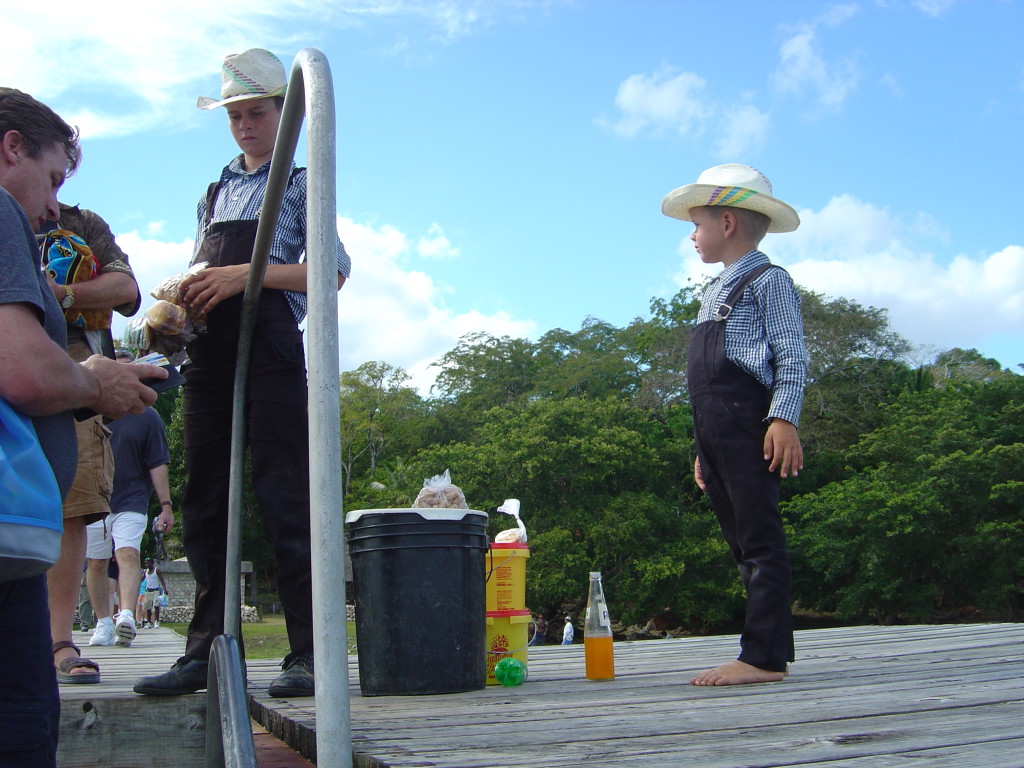 Mennonite children selling peanuts to tourists near Lamanai in Belize. Photo by Wikipedia

Wednesday, November 18th 2015. By Richard Harrison: Belize is a multi-cultural, multi-ethnic melting pot with population of around 360,000.

For such a small population, and small geographic area, this mix is seen nowhere else in the world.

In the early stages of migration to Belize, most of these groups remained within their culture and ethnicity….however, second and third generations are mixing with each other in our public school system….becoming friends….and having children, cohabiting and inter-marrying.

This cross-pollination is influencing culture and the economy in myriad of ways, and vice-versa.

The socio-economic impact of this rapid transformation needs to be better understood….so that appropriate adjustments in management of the economy can be engineered to ensure appreciable and sustainable growth and prosperity for Belize and ALL Belizeans according to their needs, wants and desires….with incentives and disincentives to guard those aspects of food security, harmony, natural resources and sustainability of the country….while continuously improving economic growth and wealth distribution. 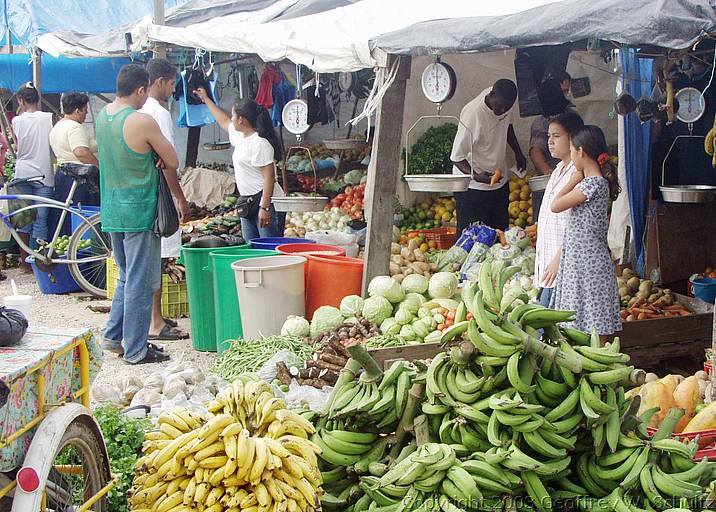 For brevity, and to stimulate more and deeper research and discussion, observations from two of the more important sectors are reflected on below:

I. AGRICULTURAL PRODUCTION AND EMPLOYMENT

Most of the younger generation of these groups are moving away from their traditional culture and economy based on agriculture….moving instead towards those “cleaner”, less risky income opportunities in the rapidly growing tourism, services, manufacturing and distribution sectors.

This is not only an economic movement, but also a lifestyle movement….responding to the incentive and disincentive packages inherent in the design of the economy. Actors in the agri-business economy are earning less, at higher risk, relative to those in the tourism and services sectors.

The projected lower price of sugar is certainly a principal factor in northern Belize, where sugarcane and sugar production contributes the lion share of the northern economy…..however, cultural transformation will also be a major factor. Traditional Amish Mennonites, who did not believe in using machinery, employ close to 1,000 mostly mestizo men to drive their cars for them. Most of the men in the villages surrounding Shipyard and Little Belize depend on these jobs to provide for their families. This culture is rapidly changing….and it would not be unreasonable to project that these Mennonites will abandon their tradition and start driving trucks, tractors and cars themselves, within the not-too-distant future. What will happen to all these men that are currently employed as drivers? 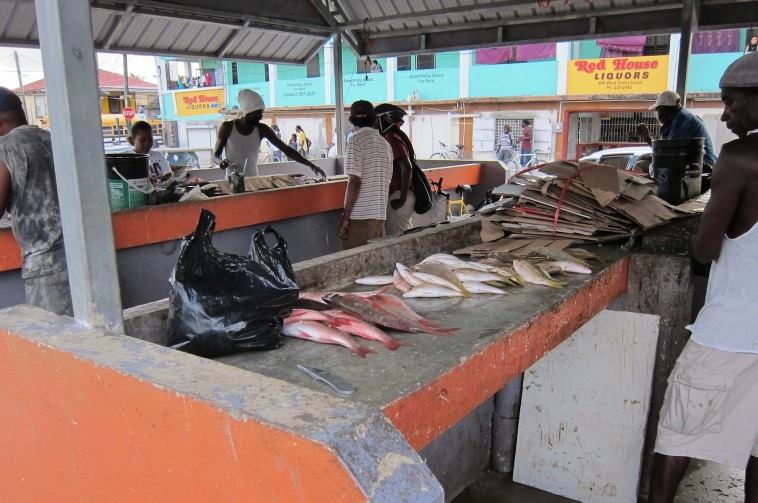 Many of the Maya and Garifuna youth from the southern districts who grew up on subsistence farming and fishing, producing their own food, are moving to urban areas, working in tourism and services, and becoming consumers instead of producers.

The vegetables and fruits are produced mostly in and around the immigrant villages of Valley of Peace and Armenia in the Cayo district, Buena Vista village in the south and San Felipe village in Orange Walk. Most of the second and third generations are moving away from these villages to towns, cities and islands to look for cleaner, less risky jobs….and more fancy lifestyle in tourism and services. They are willing to take manufacturing and construction jobs, but these are growing at a slow pace, or declining in certain areas, relative to the population growth. What will happen when the older generation passes away?

Incentives need to be restructured so that the youth of the rural communities can earn the same or more from farming as they would from tourism and services jobs…and this may require technical knowledge transfer through education, adoption of more modern technologies, marketing arrangements and appropriate, non-traditional financing models, and policy changes that make agriculture more profitable….thinking outside the box and acting on those thoughts….at the institutional, communal and individual level.

Tourism is growing at around 10% per annum, while the economy is growing only at around 2%. This means that tourism growth is not contributing in the way it should to growth of the national economy….but rather cannibalizing other sectors, mostly the agricultural and manufacturing sectors. The incentives and disincentives inherent in the design of our economic system is the principal culprit for this rather undesirable reality. Tourism should be adding surplus to all the other sectors, not cannibalizing them. Many of the incentives and disincentives need to be restructured, so that tourism can play its rightful, more balanced role in the development of Belize. 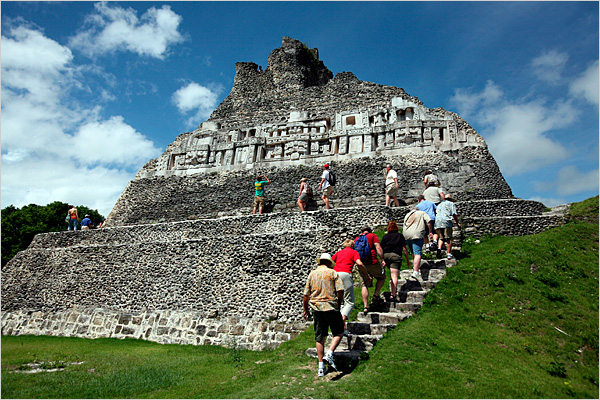 Since the dominant tourism industry is still seasonal, depending largely on sun and fun tourism during the winter months in North America, the entire economy now mimics this seasonal nature….with a higher economy from December to May, and lower economy from June to November. This exposes Belize to very high risk, as tourism is by nature responsive to shocks of many kinds; and this high volatility increases those risks.

Most of the employment in the tourism sector is taken on during the higher season and let go during the lower season, causing very unstable income for tourism employees….and mass movement back to their towns and villages during the lower season….and back to the tourism centers when higher season begins. This high degree of mobility limits ability for life planning, although it has “lifestyle” appeal for most of the workers, who are largely between the ages of 16 to 35 and single….many living away from family and children for most of the year.

This rapid growth of tourism is having obvious impact on the cultures of Belize….with young Belizeans of all cultures rapidly adopting the attitudes, behaviors and lifestyles of the tourists they come in contact with….as well as of the diverse co-workers they interact with on a daily basis. Drinking and partying, sexual attitudes and behaviors, piercing and tattoos, clothing and accessories…even the way how they talk, walk and express themselves.

Without any scientific research to refer to, there are signals that the tourism sector has grown in preference for employees that are more docile (compliant), willing to do more work for less pay, less distrustful and more flexible and willing to perform varied tasks….and there seems to be certain ethnic and cultural preferences evolving according to this paradigm.

Appropriate incentives and disincentives need to be restructured into the tourism industry to produce different quality and quantity of results….by reducing the seasonal nature of the tourism industry by increasing the trough at a faster pace than the peaks….by increasing the integration of tourism with the rest of the local economy….by fragmenting certain aspects, especially of cruise tourism, to allow more small and medium enterprises to benefit directly and indirectly from it….and by increasing the scope, scale and quality of offers and experiences provided to a wider range of target segments.

Different results will not be achieved by doing the same things the same way for the same target markets with the same product.

Should socio-cultural and economic re-engineering and design be considered? Or should this process be left up to chance under the same economic system?