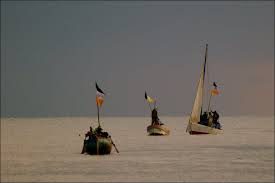 Wednesday, November 18th, 2015. Chrisbert Garcia Reporting:  Tomorrow is the official observation of Garifuna Settlement Day in Belize, which is celebrated on November 19th of each year to honor the coming of the Garinagu people to this country after being 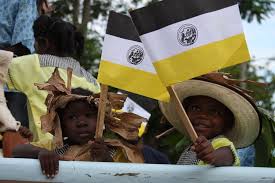 Led by the great Alejo Beni, a large number of Garinagu people landed on the shores of Southern Belize in the year 1802 and have since settled in communities such as Punta Gorda, Dangriga, Seine Bight, and Hopkins, where their arrival is celebrated in the form of a re-enactment every year.

This prestigious holiday was created by civil rights activist, Thomas Vincent Ramos in 1941, recognized as a public holiday in Southern Belize in 1943 and then declared a national holiday in the year 1977, now celebrated with parades, street music, traditional dancing, Garifuna masses, Miss Garifuna Pageants and the main event, Yurumei, which features the dory with Garinagu people and their drums arriving in Belize, re-enacted by local persons of the communities that have the event.

The one week celebration of Garifuna Settlement Day comes to an end tomorrow with the early morning Yurumei, followed by all day festivities, especially in the Southern Districts of Stann Creek and Toledo.