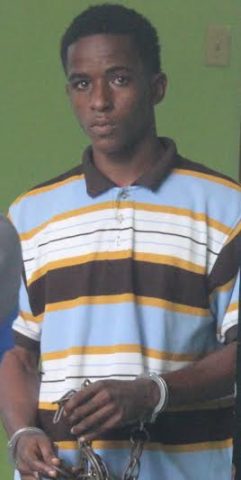 2 live rounds of ammunition for a .38 COLT brand firearm.

Late this evening, Talbert Junior was taken before Magistrate Deborah Rogers and pleaded not guilty to two criminal offenses of kept unlicensed firearm and kept unlicensed ammunition. However, due to the nature of the offenses, he could not be granted bail and Magistrate Rogers remanded him to the Belize Central Prison until January 6, 2016.

The Gang Suppression Unit reported that earlier today, they found Talbert Junior in possession of a .38 revolver Colt brand with serial number 456437 without being granted a gun license.

Police are also alleging that they also found Talbert Junior in possession of 2.38 ammunition, a bronze in color .38 ammunition, G.F.L special brand and 1-.38 ammunition, Winchester SPL+P  brand without being granted a gun license.

Attorney Oscar Selgado informed us that on Friday he will be going to the Supreme Court to apply for bail on his client behalf. Talbert claims that that he is innocent of the charges and that he was at home on Benbow Street when the police came and took him to a next door yard where behind a fence, they showed him a gun and said it was his.

He said his client has no knowledge and was never in control of the firearm in question hence this is one ground he will submit at the Supreme Court to get bail. According to Selgado, the house where the police claimed they found gun in the yard is the house next door to his client and his client was never present in that yard when the GSU police found the firearm.