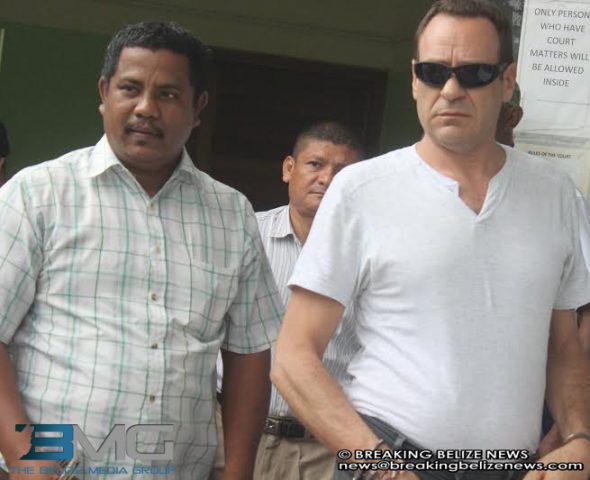 However, he is accused of providing false information to obtain the document. Still, he was granted bail of ten thousand dollars in the Supreme Court this 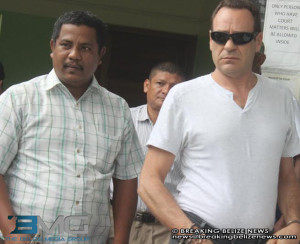 morning, which he has met.

Schnitzer is wanted in Mexico and, we learned this afternoon, the United States, for assisting R. Allen Stanford, president of the Stanford International Bank, in a scheme to defraud investors in his stock of hundreds of millions of dollars.

But Supreme Court judge Denis Hanomansingh this morning granted bail to him of $10,000 plus one surety of the same amount. He was order to surrender all his travelling documents to the court, report to the San Pedro Police Station twice a week, every Monday and Friday until his case is disposed of, and he is not to interfere with any of the prosecution witnesses.

Schnitzer’s attorney, Liesje Barrow-Chung, made written submissions on behalf of her client, that there is no evidence before the court that her client is a flight risk. There was heavy objection to bail by the DPP’s office, represented by Crown Counsel, Sabita Maharaj, who insisted that he may abscond if granted bail.

But as argued by his attorney Chung, there is no evidence before the court to substantiate the objection; her client is a naturalized Belizean, with ties to the country as he is a real estate developer in San Pedro town.

As of this morning’s application there were no supporting documents before the court in respect to those allegations and he had only one charge issued locally, the original charge of uttering a forged document in relation to a Belizean drivers’ license issued to him.

However, shortly after the bail application was completed, CIB officials served him with charges of another count of possession of a forged document in one of his aliases.

Allegations now being made against Schnitzer are that on November 3, 2015, on San Pedro, with intent to defraud, he was found in possession of another drivers’ license in the name of David Banes. His full name is David Miguel Nanes Schnitzer but according to reliable police sources, he used the name David Nanes, David Banes and David Schnitzer interchangeably.

Appearing before Senior Magistrate Sharon Fraser at 11:35 this morning, he was read the charge and pleaded guilty.

Prosecutor, Inspector Egbert Castillo, assigned to Chief Magistrate Ann-Marie Smith’s courtroom, told the court that this charge is additional to the first charge Schnitzer was already charged with earlier this month, to which he initially pleaded guilty but then changed his plea to not guilty.

The Senior Magistrate incorporated this second charge with the first one and the Supreme Court bail applied.

Police sources close to the case told us today that this second Belizean Drivers’ license that Schnitzer was issued with by the San Pedro Town Board was done through a legitimate process, but the information used allegedly by Schnitzer to obtain it was false.