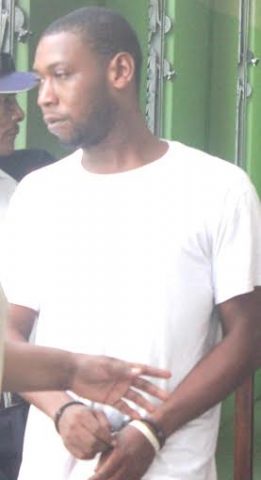 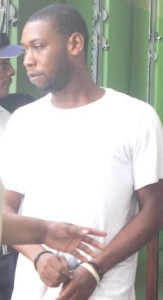 Domingo, a resident of Madam Liz Crescent in the Fabers Road area was read two counts of harm when he appeared in court.

On October 17, 2015, more than a month ago, he unlawfully and intentionally caused harm to his ex-girlfriend, Vanessa Henkis, and another female, identified as Carla Ramclam. He pleaded not guilty to both charges.

The Senior Magistrate agreed with the prosecutor that if Domingo got out on bail he might try to interfere with both women witnesses as he knows them.

Domingo, however, says he was never in any relationship with Henkis and was shocked to hear her claim him as an ex-boyfriend. He says they fabricated their stories.

Henkis told police that she was on Faber’s Road when she was approached by Domingo and the two began to argue. She says he punched her in her face several times for no apparent reason and she fell to the ground in pain.

Meanwhile Ramclam reported to police that on that same day, whilst at a Chinese shop on Faber’s Road, when she saw Domingo was acting disorderly and throwing bottles from inside a shop she called the police. When they came, he then approached her and in front of the police, he punched her to the right side of her face causing pain.

Domingo was remanded to the Belize Central Prison until January 20, 2016.