New Guatemalan President on regional tour but will not visit Belize 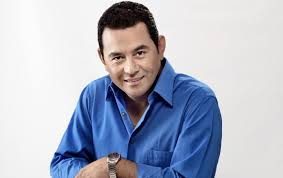 An article on the Prensa Libre website states that Morales’ first stop was in Honduras on Monday where he and President Juan Orlando Hernandez met in private. Following their meeting, President Hernandez told reporters that they discussed the unifying of their customs departments, security, migration, environment and climate change.

Morales stated that the joining of the customs by both countries is of much benefit for both and are ensuring that the Guatemalan Congress approves the protocol and similar efforts are being done in Honduras.

Morales’ second stop was at El Salvador where he met President Salvador Sanchez Ceren in the country’s capital.

In their discussion both agreed to the creation of a high-level security and the free movement of goods and people between the two countries. Morales has also been to Nicaragua to meet President Daniel Ortega and in Panama where he met with President Juan Carlos Varela.

He is expected in the Dominican Republic on Wednesday, in Costa Rica on Thursday and in Mexico on Friday. The Guatemalan officials have not given a reason as to why President Morales will not be visiting Belize, which like Guatemala is a member of SICA.

Morales will assume the presidency on January 14, 2016 for four years.