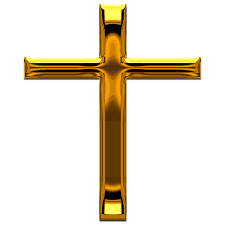 Thursday, November 26th, 2015. BMG: A press release was issued earlier today from a new church organization, called the “National Evangelical Association of Belize” and is made up of more than 30 national executives of the former Belize Association of Evangelical Churches (BAEC). These executives will be representing more than 200 churches across Belize, with same vision and goals that were established under the BAEC, as well as provide full representation to all Evangelical churches in our nation to the larger body of the Evangelical Association of the Caribbean.

The release answered the question of why there was the need for a new association to form by stating that the new BAEC was unanimously approved in 2014 but in September of 2015, a core of Belize City leaders abandoned that approved constitution, suspended all national leaders outside of the city and registered a different constitution from what was originally agreed upon.

It went on to say that after all attempts to fix the situation failed, the idea for this new association materialized and will continue with the same plan and constitution with leaders all over the country.

A separate press release issued today by the National Evangelical Association of Belize, served to clear up “erroneous” statements made in the Guardian Newspaper and requested that they be retracted. Those statements were made in an article entitled, “Evangelical Association chases Louis Wade & Stirm”, which the release refers to as “misinformed”.

The release states that Louis Wade Jr. had nothing to do with the internal challenges of the BAEC and is not a national executive nor a chapter executive, so he cannot be “kicked out”.

It continued to state and we quote:  “He exercised his right as a news reporter to stand outside the Belize City BAEC meeting awaiting interviews.  The Guardian’s version of Louis Wade or Pastor Scott Stirm aspiring for Senatorial position is completely false, baseless, and mischievous political propaganda.”

In addition, the Guardian reported that National Chapter Chairmen of BAEC were never members, which is blatantly untrue. The National Chapter Chairmen were fully recognized & functioning BAEC Top Executive Team, decision-making members – we have certified records and minutes to document their validity.  As such, the Guardian statements are erroneous and should be retracted.”