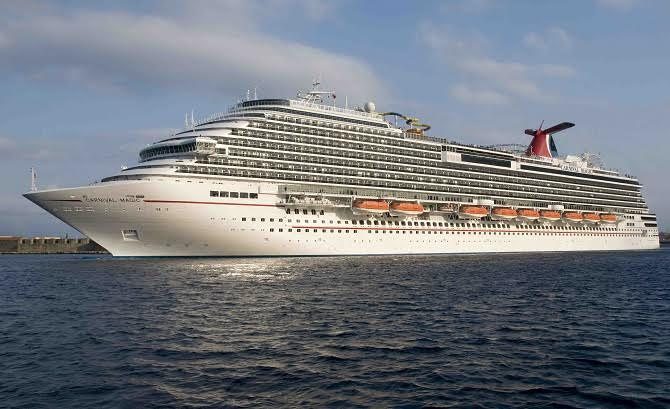 Thursday, November 26th, 2015. By Charles Leslie Jr.: As Chairman of Placencia Village in 2012, together with my councilors, I championed the fight against cruise tourism. However, my views and the views of those against cruise tourism, mainly the Belize Tourism Industry Association (BTIA) membership, became misaligned.

I did not think it was wise to simply say no to mass tourism, without offering realistic alternatives to fill the void. 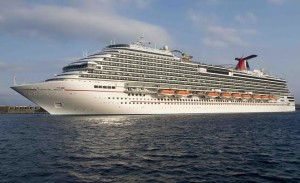 BTIA was promoting overnight tourism as the alternative, however that was not enough, there were some issues that needed addressing, and they weren’t.

People were motivated to support cruise tourism due to the anticipated immediate jobs that would become available. As some said, ‘I prefer to make $100 a week than none’. According to many people I spoke to, the prospect of a job outweighed the drawbacks that cruise tourism may have.

As a result, I took it upon myself as Chairman, to start meeting with Belizean tourism stakeholders, getting their views and feedback on what was realistic; identifying issues affecting the overnight tourism sector, and possible solutions to those issues. Addressing the issues identified, in my opinion, would bring about tangible and immediate alternatives to cruise tourism.

In order to set the stage with incentives that encourage sustainable tourism from the level of local government, the proposed recommendations were made.

On November 22, 2012 I requested a Special Meeting with Belize Tourism Board (BTB) and invited local stakeholders. From this meeting a draft of resolutions were compiled.

That document was sent to the Government of Belize for their consideration. Up until now very little progress has been made in the direction we sought with these proposals.

Consequently, our Government gave Norwegian Cruise Lines the go-ahead and their private island development will soon be online on Harvest Caye, in southern Belize.

The issues we addressed and proposed to foster a business environment conducive to sustainable tourism in Placencia were as follows:

Work Permit Application process should be monitored with respect and adherence by the BTB to the local Village Council’s decisions to support or reject each applicant.

Adequate and Affordable Training must be given priority for Local Workforce to ensure there are sufficient native Belizeans to fill vacancies advertised by the private sector in Placencia and discourage the practice of soliciting of foreigners for employment.

Qualified Retirement Program concessions made by the existing policy used at the BTB gives many retirees the unjust ability to import and set up their own businesses to compete with native entrepreneurs contrary to their applying as foreign retirees.

Bareboat Charters should be closely monitored to prevent the common practice of boat charters without local captains. This has favored the use of foreigners with no work permit and no knowledge of our waters and has caused instances of damage to the inner Reef, while also leaving native captains with less employment.

Reduction of Cost of Capital/Micro Loans must be ensured to give natives the proper climate in which to start and grow their businesses and compete with the influx of large investors who have access to cheap capital and in some cases, questionable funding sources. This must include lower interest rates, the facility of consolidating loans for more manageable payments, and less time in the processing of loans to allow for emergencies in replacing broken engines or equipment for time sensitive niche tourism sector such as the sports/ fly fishing sector.

Discounted Fuel and Goods should be subsidized by the government so that we can realistically address acute seasonality. This will allow for native owned businesses to be able to lower their rates while keeping their profit margin and employing most if not all their staff throughout the slow season. The endorsement of the BTB to NGOs and Cooperative’s requests for such discounts from  the Government and large hardware suppliers is imperative to give legitimacy to their membership.

Tax Reduction for Tour Operators must be addressed as they are taxed more than any other stakeholder in the industry, paying 6% compared to 1.75% charged to hoteliers.

Establishment of Local Tourism Committee as recommended by the BTB to formulate a Tourism Destination Plan for their location.

Equitable Marketing for all Destinations by the BTB, not only for larger destinations like San Pedro.

Proper representation on the Board of Directors for the BTB was lobbied for and obtained.

Type of Investors Targeted should be addressed by the local stakeholders for their area. Placencia stakeholders formulated the Peninsula 20/20 Initiative in this regard. A copy can be seen at : http://www.pcsdbelize.org/peninsula-2020.pdf

Cruise Tourism was rejected by local stakeholders After being informed of the inevitability of cruise tourism coming to the area, the PTGA accepted to give careful consideration to a smaller, high end boutique cruise company. A tourism village was rejected for the peninsula and Placencia would become a tour offered.

Commercial Fishing Licenses must be strictly regulated and vetted by a ‘Traditional Fisherman’ committee as many local tourism stakeholders revert to commercial fishing for sustenance through the off season.

Guatemalan fishermen were allowed by the PUP administration’s amendment of the Fisheries Regulations, and maintained by the UDP administration, which reserved the right of exclusivity for licenses to native fishermen. Consequently, Guatemalan fishermen come each season with nets and boats from Guatemala, fishing with permanent resident status and holding Belizean licenses. A ‘Traditional Fisherman’ committee will address this issue.

Gill Nets There is no empirical evidence showing that to save our fisheries, gill net fishing has to be outlawed in its entirety.

Village By-Laws must be enacted and enforced as stipulated by the Village council Act of 2003 so as to decentralize the government’s direct control of village governance. The By-laws would give Placencia more autonomy and access to financial resources needed.

I recommend that local leaders read the Peninsula 2020 document. This exercise can be done by all communities that has tourism potential. No need to wait on the government. Use the template Placencia has developed.

Each community have their own unique issues and consulting with local stakeholders, will give you a vast wealth of information on how to address those issues. Having such a road-map to developing your communities will help mitigate a lot of confusion, animosity and help create a unified purpose.

Charles Leslie Jr. is the former independent Chairman of Placencia Village (2010 – 2013). He holds an Associates degree in business, accounting and economics and has over 20 years business experience.