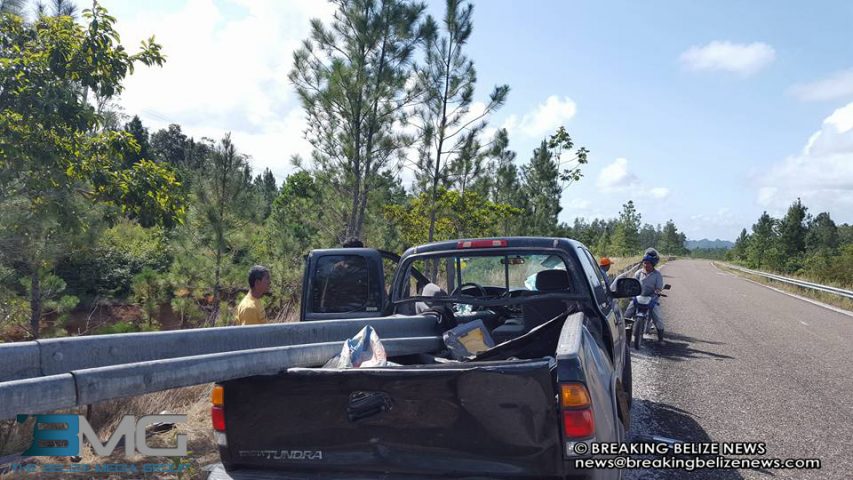 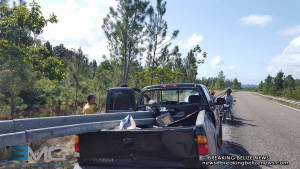 Friday, November 27th, 2015. Chrisbert Garcia Reporting: It has been confirmed by police that the driver involved in the traffic accident on the Southern Highway this morning, succumbed to his injuries after colliding into a guard rail on the left hand side of the road.

The incident occurred while 44-year-old Belmopan City resident, Emmerson Burke, was traveling from Independence Village, in the direction of Punta Gorda Town, around the area of Medina Bank, known as Machaca Creek Village and the metal rail went through his Toyota Tundra Pickup truck.

Police responded to the scene at 6:08 a.m. and saw Burke’s body lying face up on the ground about eight feet away from his vehicle, with a crushed right foot. His body was then transported to the Southern Regional Hospital where he was pronounced dead at 8:25 a.m.

Police investigation continues as to ascertain what may have caused the crash. 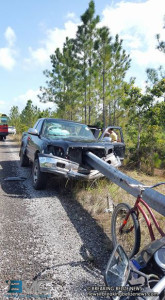