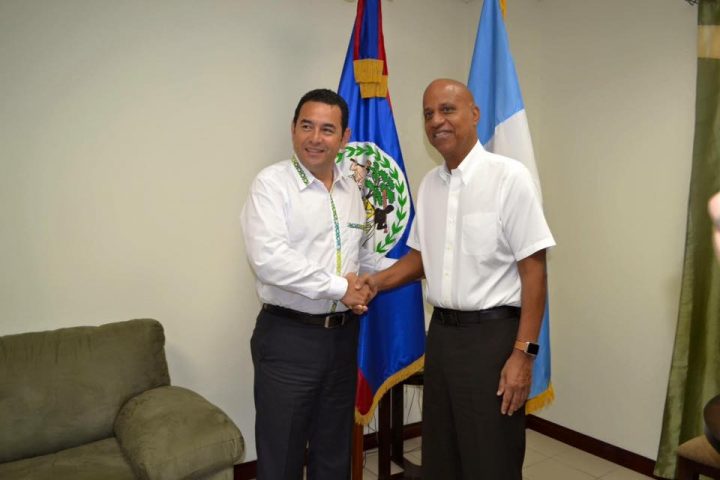 Saturday, November 28, 2015:  BMG: A press release issued this morning by the Government of Belize, states the purpose of the visit by president-elect Jimmy Morales. 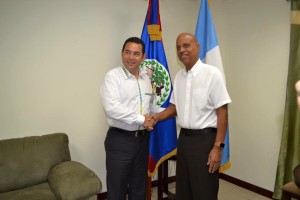 Here is that press release on it’s entirely:

Belmopan. November 28th, 2015. Prime Minister of Belize Hon. Dean O. Barrow today received President-elect of the Republic of Guatemala His Excellency Jimmy Morales at the Prime Minister’s Office in Belize City.   President-elect Jimmy Morales had indicated from as early as 6h November, 2015 to Belize’s Ambassador, H.E. Alexis Rosado to Guatemala that he intended to pay a courtesy call on the Prime Minister as part of a visit he is making to all Heads of State and Government of SICA member countries and Mexico.

In a cordial atmosphere they both congratulated each other for their respective recent victories at the polls. Prime Minister Barrow and President-elect Morales discussed the bilateral relations between Belize and Guatemala, including a way forward in respect of resolving our historical differences.  They agreed to continue along the path set out in the Framework Agreement and Confidence Building Measures of 2005 for expanding functional cooperation between the two countries, and each committed to strengthen the processes that already exist for good neighborly relations so that the two countries may 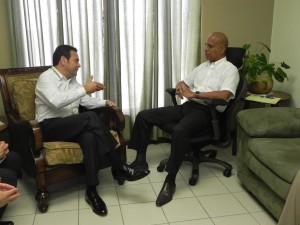 continue to live in peace and as friends pending a legal resolution of the territorial dispute.  Both sides agreed to make a greater effort to enhance cooperation and understanding at various levels, especially in areas of security, business, trade and investment.

President-elect Morales extended a special and personal invitation to Prime Minister Barrow to the presidential inauguration in January 2016 and Prime Minister expressed that he has every intention on attending.