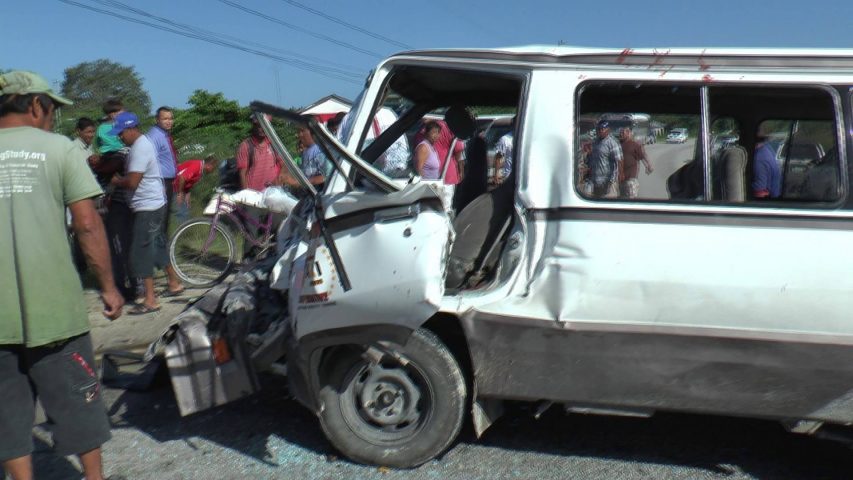 Monday, November 30th, 2015. BMG: Yet another traffic accident on the Phillip Goldson Highway over the weekend, resulted in six persons, including two children, being taken to the hospital for injuries sustained,

each to various parts of their bodies but nothing life threatening.

Police dispatched to an area between San Narciso and Louisville Village where they saw a white Toyota Van used as a taxi, in the middle of the highway and a grey Ford Ranger pickup on the side of the highway in some bushes, both extensively damaged.

Initial investigation revealed that the taxi van was travelling in the direction of Corozal Town, being driven by Maria Sho at the time, when upon reaching between mile 72 and 73, the Ford Ranger being driven at the time by 25-year-old Roxani Elsi Chan of San Narciso Village, suddenly pulled out of a compound off the right shoulder of the highway, colliding into the van.

Traveling in the van at the time along with Sho, were her two children and two other passengers, namely: Plavia Sho, Mark Sho, Emanuel Castaneda and Gervacio Edivasio Castaneda, while Chan was alone in her pickup truck.

Police investigation into the mater continues.