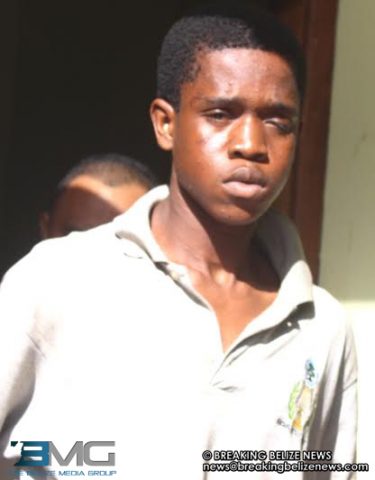 Of those five bail applications, one person of interest who was granted Supreme Court bail today is 18 year old Jaron Baptist, who last week Tuesday, was arraigned on three criminal offenses for the alleged attempt on the life of Liston Myers, shot and injured in a shooting on Sunday, November 22, 2015.

Through attorney, Oscar Selgado he was able to secure bail of $5,000 plus one surety of the same after there was no objection to bail by the DPP’s office.

Baptist must also report to the Queen Street Police Station once a week on Fridays effective this Friday, December 4, 2015, and he must stay away from the prosecution witnesses in the case until the case is disposed of. By noon, Baptist was able to meet the conditions of his bail and went home.

Baptist is accused of attempted murder, dangerous harm and use of deadly means of harm upon Liston Myers who was shot and injured on Antelope Street Extension in Belize City, early in the morning while walking in the company of another male, when they were shot at by two male persons carrying firearm.

Police say that they believe Myers was not the intended target but rather his companion, another male who is a known police figure and associated with a gang.