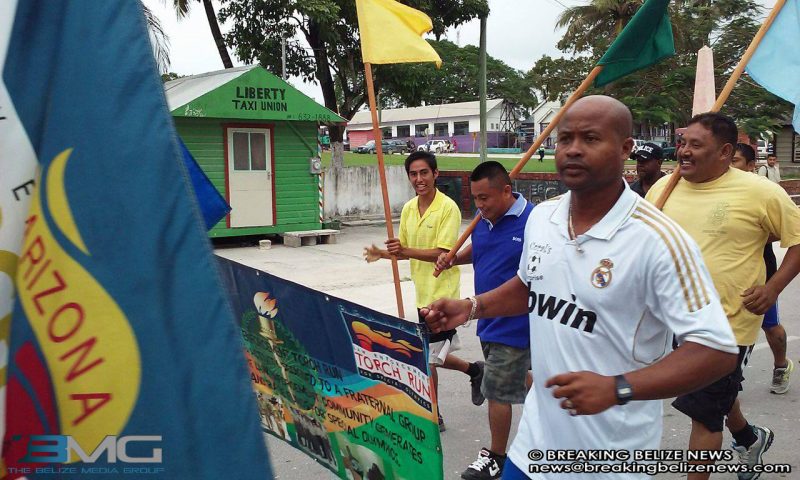 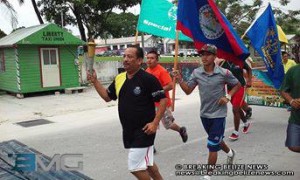 The Law Enforcement Torch Run is a program where law enforcement agencies “fundraise and bring awareness to the community on Special Olympics Belize,” says Sergeant Elroy Carcamo, Officer in Charge of community policing for the Eastern Division and Coordinator for the torch run.

The torch run is the signature event among other fund raisers to gather funds to assist Special Olympics Belize. This morning officers started running from the Corozal to the Orange Walk Police Station where officers remained to collect some funds and then moved to Ladyville.

The run, however, began in PG on Monday where runners began their trip to Dangriga and Belmopan.

Tomorrow the National Special Olympic Games will be held at the Marion Jones Sports Complex and the arrival of the torch will kick off the games.
Sergeant Carcamo says that, “both torches, the one that came up from Punta Gorda and this one from Corozal will be meeting at Marion Jones Sports Complex where they will light a big torch there to signify the beginning of the games.” 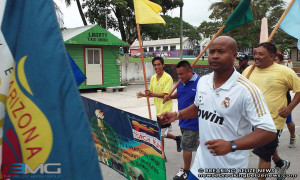 Youth with special needs and disabilities from all over the country will be taking part in the games. Sergeant Carcamo says they will keep collecting funds until the end of December when they will be handed over to Special Olympics Belize.

He adds that, “it is best to start supporting and assisting from now; it goes a long way and everyone needs to be included in what we do.”

This is the fourth annual torch run with the first having been held in Punta Gorda.