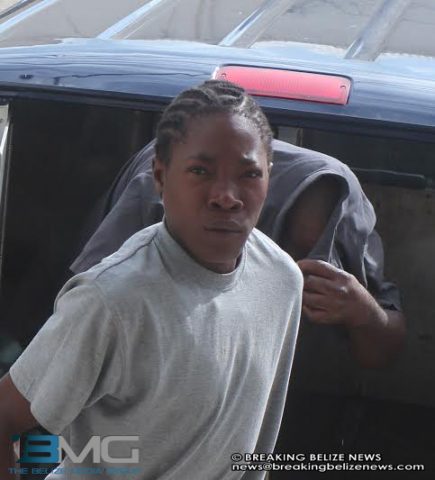 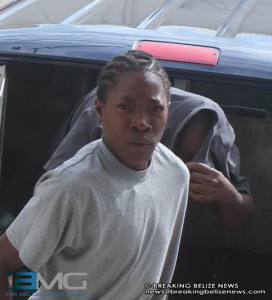 By Aaron Humes: Eighteen year old Richard Bennett Jr., one of 7 persons charged with keeping a prohibited firearm and keeping ammunition without a gun license, pleaded guilty to the charges when he appeared today before Magistrate Carlon Mendoza.

Bennett was sentenced to 3 years for the firearm and 5 years for the ammunition. The sentences are to run concurrently, so Bennett will serve 5 years. The charges were withdrawn from Bennett’s father, his mother and his 4 sisters, two of whom are in high school.

Around 5:50 a.m. today police along with the canine unit went to Bennett’s residence on Magazine Road and executed a search. The search resulted in the discovery of one Tech-9 pistol without serial number and with 15 rounds of ammunition in its magazine.

The gun was hidden in the chassis of a truck that was in the yard. Bennett said he got the gun from off the street and he had it for his protection. He said somebody threw it from a moving car and he picked it up and he decided to keep it.

Bennett Junior said that no one in his family including his mother or father or sisters knew of him hiding the gun there.

He said that he had to keep the gun for protection since he is having a beef with some enemies who have been circling his house recently and fearing for his life, he kept the gun.