End of the World Marathon held in Placencia 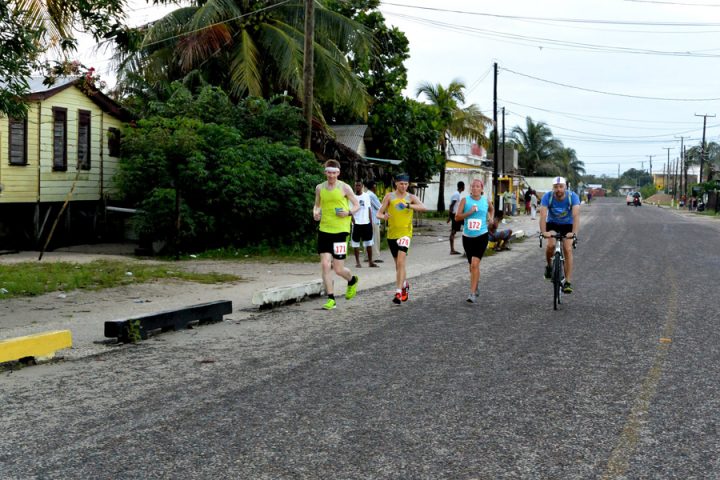 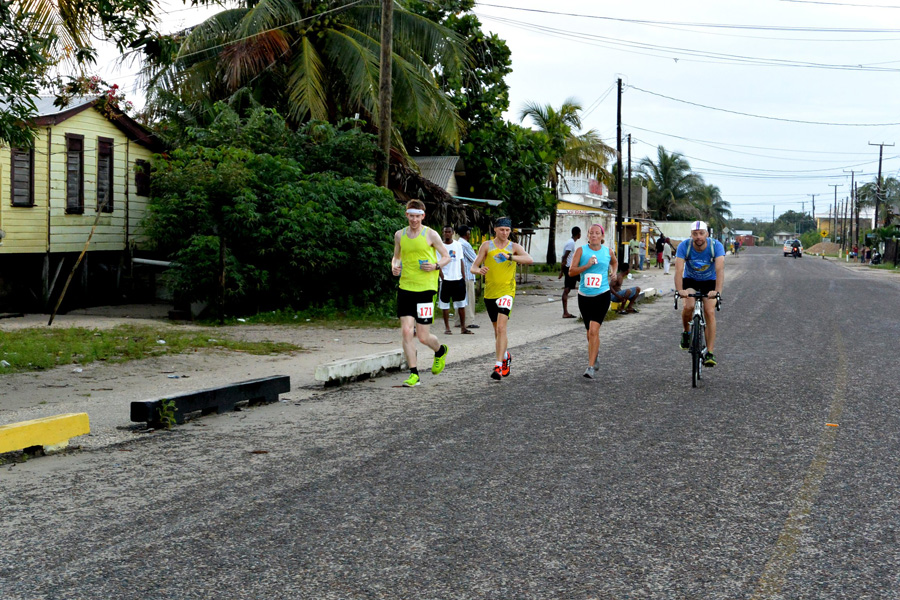 By Larry Waight: The 4th annual End of the World Marathon was held this morning in Placencia village, Stann Creek, with over 160 participants lining up as early as 5:30 a.m. for the charity event.

The marathon, which began as a celebration of the Maya Calendar’s end in December 2012, has become one of the most sought after running events in Belize.

The race was divided into two categories: a full marathon and half marathon.

The marathon began at the football field at the end of the peninsula. The full marathon (26.2 miles) saw runners passing through Placencia village, Seine Bight Village and Maya Beach. The race then looped back a few miles south of Riversale and ended back in Placencia.

The half marathon (13.1 miles) began at the marathon turnaround and also finished in Placencia.

Though the End of the World Marathon draws many athletes from all over the country, the focus of the event is giving back to the community. According to the organizers of the event, the proceeds raised will go towards high-school scholarships for children on the Placencia peninsula.

This year, over $10,000 in cash and prizes were awarded to the top three finishers in both the men’s and women’s marathon and all entrants who completed the race received a commemorative finisher’s medal. Special accolades were also given to the victor in age classes: under 29, 30-39, 40-49, 50-59, and 60 & over.

The End of the World Marathon was sponsored by the Chabil Mar Resort, Belize Bank, Tropic Air, Atlantic International Bank and Roberts Grove Beach Resort among others.

Although the world did not end in 2012, the name “End of the World Marathon” was kept in honor of the distinguished writer Aldous Huxley, who wrote in 1934 about Belize: “If the world had any ends, British Honduras would certainly be one of them.”