Port of Belize turns to Labour Department in stevedore dispute 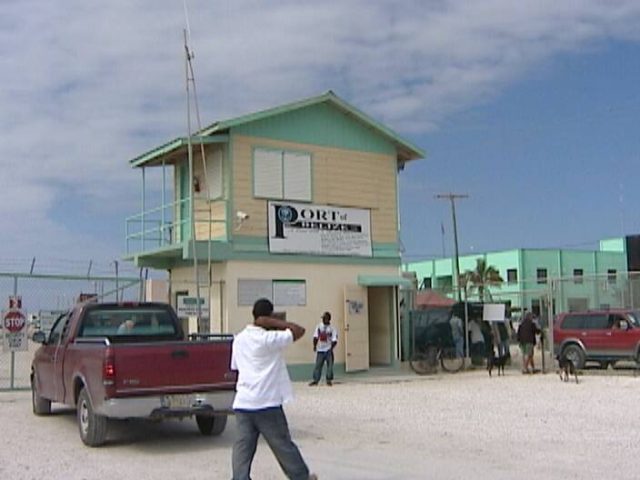 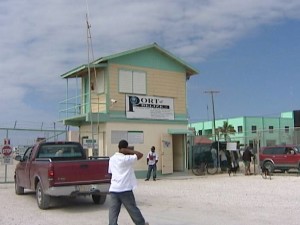 By Aaron Humes : In October we reported that the Port of Belize limited and the Christian Workers’ Union – on behalf of the stevedores – agreed that they would continue to negotiate to get a Collective Bargaining Agreement finalized.   Well the promise of an amicable negotiation was railroaded yesterday afternoon, when about 30 stevedores who are members of the Christian Workers’ Union (CWU) initiated industrial action against the Port of Belize Limited.

This follows from their last action a few weeks ago which started in the night and was averted the following day by an agreement between the CWU and Port CEO Arturo Vasquez, as the two sides continue to hammer out a collective bargaining agreement.

The workers claim that Vasquez is going back on the agreement, for no good reason, and they will not stand for it any longer. said he has opted to put the issue of the strike in the hands of the Labor Department. However, Vasquez says he will give the dispute over to the Labour Department, after a meeting last night with the Port Commissioner, Labor Commissioner and the Police Commissioner. 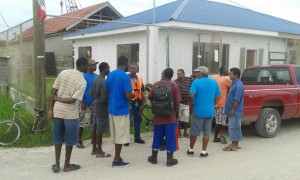 The contention is the date retro activeness; the stevedores want it to be from 2004, but according to Vasquez, that is not possible.

Another ship is due at the Port sometime this week and according to Audrey Matura Shepherd, President of the CWU, the strike continues.

In related news, the Belize Chamber of Commerce and Industry- also chaired by Arturo Vasquez- sent out a release late this evening condemning yesterday’s strike action by those stevedores.

The release reads in part, “The Belize Chamber of Commerce and Industry strongly condemns the abrupt strike action taken yesterday by Gang No 7 of the Christian Workers Union. As the only Employer’s Organization in Belize recognized by the International Labour Organization, the BCCI duly acknowledges the trade union movement and time-honored practices surrounding the collective bargaining process. Part of that process is required notice of strike action, which was not given in this case.

As a result, at least one ship could not unload its cargo and could not take on cargo waiting at the port for shipment, and instead was forced to return to its port of embarkation with the cargo which was destined for Belize.”

It continues, “This ill-advised strike action has costly consequences for the entire economy in terms of lost sales, lost government revenue, and lost income, particularly during the Christmas season and thus should not be treated trivially.”

The release ends, “In view of the damage already done as a result of the imprudent and possibly illegal move to strike without notice, and in order to avoid further damage to the economy, the BCCI urges the negotiating parties to return to the bargaining table and simultaneously resume operations in order that economic activity may continue.”