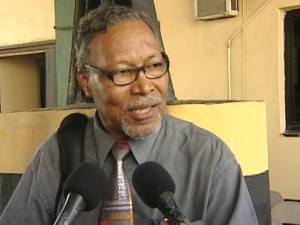 By Aaron Humes : The Hon. Minister of Natural Resources and Immigration, Senator Godwin Hulse, this morning demanded a public apology from area representative for Toledo East, Mike Espat, concerning comments made last Friday during the House meeting on a reported scam of nationality certificates. 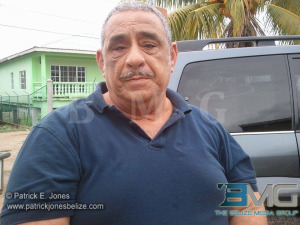 According to the Minister, the over 20 documents made up for residents of both villages were obviously faked, and the accused, identified as Tony Rosales and Marcos Basto, have been charged with immigration offences and are out on bail. The documents, he said, are with the office of the Director of Public Prosecutions (DPP).

The men acted as immigration agents, without the authority of the Department; further, Senator Hulse said, there has been no evidence presented of any involvement of members of the Department, least of all those mentioned by Espat.

The Minister reiterated that the Government’s reform efforts have addressed some, but not all, of the concerns surrounding the “whipping boy” Immigration Department.