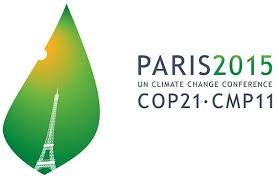 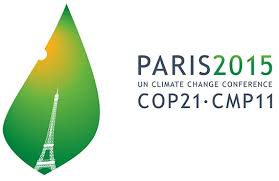 By Aaron Humes: A deal to attempt to limit the rise in global temperatures to less than 2 degrees Celsius has been agreed at the climate change summit in Paris after two weeks of intense negotiations.

The pact is the first to commit all countries to cut carbon emissions.

The agreement is partly legally binding and partly voluntary.

Earlier, key blocs, including the G77 group of developing countries, and nations such as China and India said they supported the proposals.

As President of the UN climate conference of parties (COP) and French Foreign Minister Laurent Fabius struck the gavel to signal the adoption of the deal, delegates rose to their feet cheering and applauding.

US President Barack Obama has hailed the agreement as an “ambitious” and “historic”, but also warned against complacency.

Nearly 200 countries took part in the negotiations to strike the first climate deal to commit all countries to cut emissions, which would come into being in 2020.

The chairman of the group representing some of the world’s poorest countries called the deal historic, adding: “We are living in unprecedented times, which call for unprecedented measures.

“It is the best outcome we could have hoped for, not just for the Least Developed Countries, but for all citizens of the world.”

However, the celebratory mood has not been shared among all observers.

Some aspects of the agreement will be legally binding, such as submitting an emissions reduction target and the regular review of that goal.

However, the targets set by nations will not be binding under the deal struck in Paris.

Observers say the attempt to impose emissions targets on countries was one of the main reasons why the Copenhagen talks in 2009 failed.

At the time, nations including China, India and South Africa were unwilling to sign up to a condition that they felt could hamper economic growth and development.

The latest negotiations managed to avoid such an impasse by developing a system of Intended Nationally Determined Contributions (INDCs).

In these, which form the basis of the Paris agreement goal of keeping global temperature rise “well below” 2C (3.6F) above pre-industrial levels, nations outline their plans on cutting their post-2020 emissions.

An assessment published during the two-week talks suggested that the emission reductions currently outlined in the INDCs submitted by countries would only limit global temperature rise by 2.7C.

Belize’s delegation to COP 21 is spearheaded by minister of state, Honorable Omar Figueroa who, having only just been elected and appointed to the Environment and Sustainable development ministry, is being baptized by fire. Figueroa told KREM Radio’s Evan “Mose” Hyde earlier this week that it was important for smaller states like Belize to hold firm and not let the bigger nations take advantage of them.