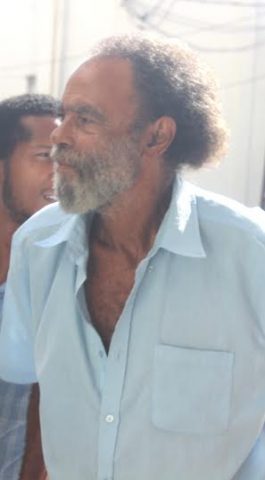 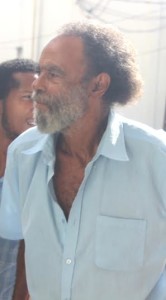 By Aaron Humes: Truck driver Arthur Cadle’s white International truck reportedly hit Norman Alexander Castillo as he was on the highway, having alighted from a bus, and a house was being moved when he was run over by the truck in a freak accident.

Now the 59 year old resident of Burrell Boom, Belize District has been additionally charged with manslaughter by negligence and causing death by careless conduct for Castillo’s death.

The accident took place on Friday, November 27, 2015 between Miles 24 and 25 on the George Price Highway. He succumbed to injuries he sustained on Saturday, December 12, 2015, 16 days after.

The Burrell Boom resident was initially charged with reckless driving days after the incident and he was offered bail and his case was adjourned for February 12, 2016.

Magistrate Carlon Mendoza took no plea for the new offenses as they are indictable. He was offered bail again in the sum of $5,000 plus two sureties of $2,500 each which he met.

Cadle was ordered to not apply for any new travelling documents and he cannot leave the country without the court permission. He must also appear in court on all his court adjournments until the matter is disposed of.