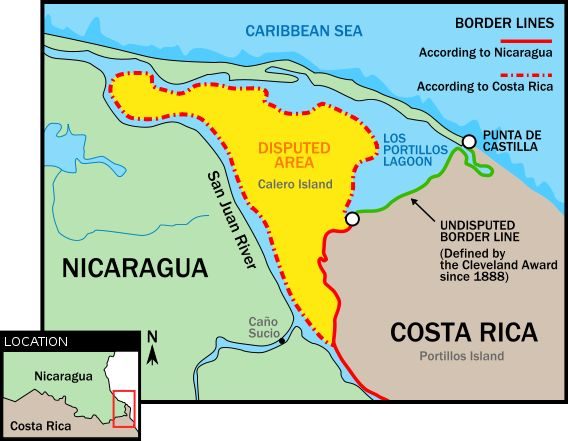 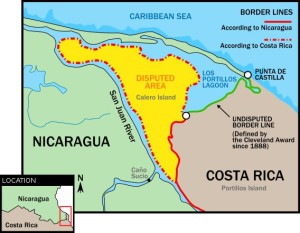 By BMG Staff: The International Court of Justice gave its final ruling on Wednesday on the two cases raised by Nicaragua and Costa Rica over disputes along the border between the two Central American countries. The ICJ ruled in favour of Costa Rica in both cases, as reported by Telesur.

The case has centered on Costa Rica’s rights for free navigation and Nicaragua’s sovereign control over the San Juan River.

In the case of the disputed area of the Calero Island—as Costa Rica calls it—or Harbor Head—as it known in Nicaragua—the ICJ ruled it belongs to Costa Rica. Both countries had previously agreed to respect the court’s decision.

The ICJ also ruled that Nicaragua has to pay Costa Rica compensation; with the amount to be decided by the international court if both countries cannot come to agreement within 12 months.

The five-year dispute concluded with the ruling, which is binding and final. The court adds that Managua violated the Costa Rican territory with military presence and its navigation rights on the San Juan River.

Costa Rica and Nicaragua asked the ICJ to recognize their sovereignty over the island, while Nicaragua also claimed before the court that Costa Rica caused environmental damage when building a road leading up to the island for security reasons.

In 2010, Costa Rica sued Nicaragua for allegedly invading and destroying a small wetlands area that both countries claimed as their own. The Costa Rican government argued that Nicaragua tried to modify the map at the border where the disputed area lays. They said Nicaragua opened up three pipes that diverted the course of the San Juan River, a natural border between the two countries.

Meanwhile, the government of Managua in 2011 filed a complaint against Costa Rica for environmental damage on its territory for the construction of a 120 kilometre-highway that runs parallel to the river.

The Nicaraguan-Costa Rica border has historically been a site of serious tension. During the Nicaraguan Revolution, U.S.-backed anti-communist Contra forces used bases in Costa Rica, and the San Juan River border region was one area where Sandinista guerrillas and Contras fought for control.

Currently both countries face what has been described by Managua as a “humanitarian crisis” amid a wave of Cuban migration toward the United States.