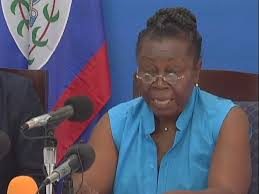 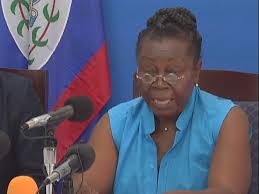 By BMG Staff: The National Executive of the People’s United Party Thursday afternoon held an executive meeting ahead of the upcoming special national convention set for January, where a new party leader will be selected.

After the meeting, Secretary General Myrtle Palacio who has been designated as the returning officer for the internal poll addressed the media, explaining that, quote, “I have been charge today to start the process of preparing for the election. We expect that the delegate list will come to this office, to the chairman Henry Usher and myself. The deadline is December 29 at 5pm and that is the list that will go into election on January 31st. The convention will take place in Belmopan at a venue to the decided on at a later date.

Each division will get to have one out of 25 votes that they received that the candidate received in the last general election. We expect to have a little over 2,900 delegates to this election. In terms of the party arms, we have been – we have ODS, we have UWG, Marshalls, policy unit and the communication unit. They will bring delegates to this convention.”

The delegates consist of regional caucuses and the party organs themselves. Each division will have 1 of 25 votes that the standard bearer received in the last general elections. Therefore, over 2 thousand 9 hundred delegates are expected to vote. Nominated for the position of party leader are John Briceño, Cordel Hyde and current leader Francis Fonseca.

Interestingly, Palacio conflicts with party chairman Henry Charles Usher when she stated that Fonseca remains leader of the party going into the convention. Usher had said during a Wednesday evening briefing that the National Executive is in charge of the party’s organs including Vibes Radio and the Belize Times and that Fonseca leads the party in the House of Representatives until he is re-elected or his successor is chosen.

Absent from the list of contenders for party leader are first-term representative Kareem Musa and Senator Lisa Shoman. But Musa did enter the race to hold the second most powerful position in the party. He is one of the six persons nominated for Deputy Leader.

Other posts up for challenge include the National Communications Director, whose candidates are: Dolores Balderamos Garcia, Anthony and Emilio Zabaneh. National Campaign Manager, with only one nomination, goes to Victor Espat.

For Legal Advisor, the only nominee is Anthony Sylvestre Jr.; and for Treasurer, the only candidate is Ramon Cervantes Jr. For Party Chairman, Usher is being challenged by PUP Toledo West Area Representative, Oscar Requena.

Apart from submitting his name for party leader, Fonseca also submitted a list of names to fill all the vacant posts.

Usher confirmed that Briceno and Hyde, also had proposed slates but preferred to focus on the selection of a leader at the convention. The difference in procedure will be addressed by the party’s National Party Council, which meets in January.