Minister Saldivar says major crimes are down for 2015 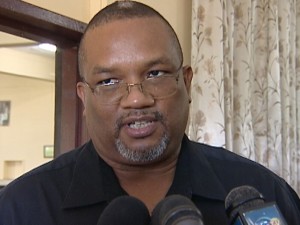 By Chrisbert Garcia: With roughly two weeks remaining until the end of this year, Minister John Saldivar responsible for National Security, says authorities are hoping to wrap up the year with less murders than were recorded at 2014’s end and stated that with the count at 116 murders thus far, it is possible that this will be the second best year for his department since 2008.

Saldivar further stated that the crime situation is now under control as the number of major crimes has also been reduced from 2,287 at the end of November, 2014, to 2,027 this year and since 2008, has been constantly declining from 3,126, all the way down to this year’s statistics.

Saldivar ended by saying that most murders this year took place in the first 6 months, being 76, but that amount was greatly reduced in the second half of the year, to only 40.