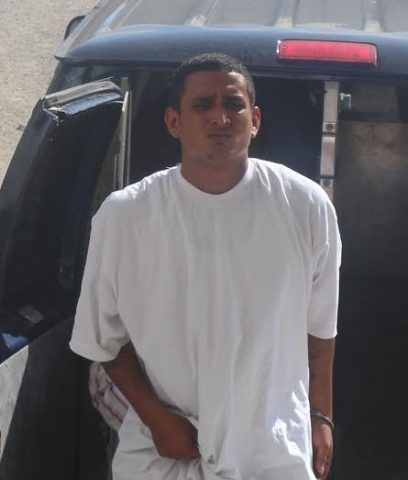 By Aaron Humes: Twenty-three year old Angel Ruiz, a construction worker of the corner of Seagull Street and Raccoon Street, will be 24 on December 31, and it is more than likely that he will spend his birthday behind bars. 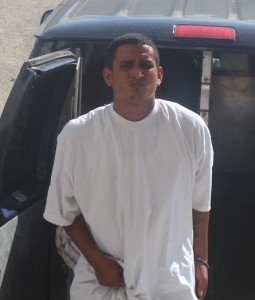 Ruiz was remanded into custody until February 29, 2016 when he appeared today before Senior Magistrate Sharon Fraser and was arraigned on a charge of keeping a firearm without a gun license.

He pleaded not guilty to the charge. Senior Magistrate Fraser explained to him that she cannot offer him bail because of the nature of the offence.

The incident occurred around 2:45 p.m. on December 25. The police reported that they were on foot patrol at the corner of Cemetery Road and West Street when they saw Ruiz throw an object about 4 feet away from him.

They said that when they retrieved the object they saw that it was a .22 revolver with a wooden stock and with no serial number. As a result, Ruiz was arrested and charged.