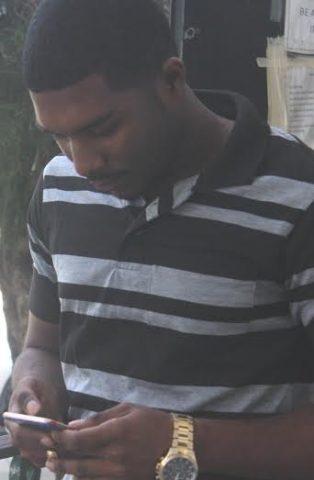 By Aaron Humes: 23 year old Rasheed Pollard, a customer care service representative for Belize Telemedia Limited (BTL), has pleaded guilty to driving a motor vehicle without due care and attention and failure to provide specimen. 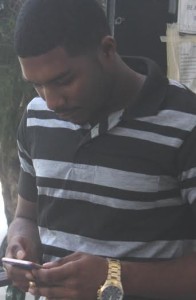 Pollard was responsible for a traffic mishap in the city limits on Sunday, December 27, 2015 which could have caused some serious injuries; but fortunately for all parties involved, including Pollard, no one was injured.

Police say that acting upon information received, they visited an area in front of the Michael Finnegan Market located on West Collet Canal where they saw a silver 2007 Dodge Caliber SUV, driven at the time by Pollard, which was upturned in the middle of the road.

Pollard is alleged to have collided into another vehicle and flipping the SUV he was in. He further refused to give police a urine specimen with which to verify the concentration of alcohol in his blood.

It is therefore unclear whether he was under the influence at the time, but Pollard settled the matter by pleading guilty to Magistrate Deborah Rogers who suspended his license for one year instead of a fine for the offense of driving a motor vehicle without due care and attention.

Magistrate Rogers explained to him that within the next 3 months he can apply to the court to get back his license.  If caught again, he can go to jail like in the case of Kenneth Big Tom Flowers, who had his license revoked in 2014 by the Chief Magistrate but was caught driving by police within less than a three month period and jailed for six months.