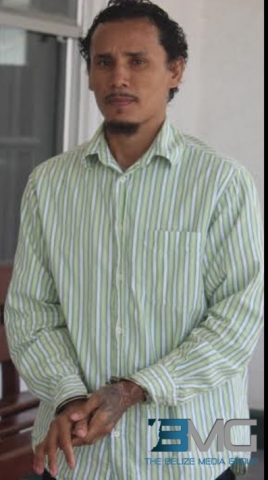 By Aaron Humes: Supreme Court Justice Herbert Lord has sentenced convicted prisoner, Rafael Mencias, who was found not guilty of murder but guilty of manslaughter in the stabbing death of Phillip Hall, a man who he claim crept up on him in his bedroom to ten years’ imprisonment. 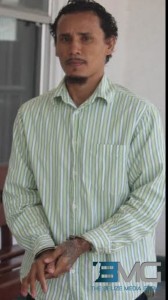 On December 10, 2015, a jury of 12 who had deliberated for over 5 hours, unanimously found Mencias not guilty of of murder but guilty of manslaughter.

Mencias’ murder trial began back in October of this year before Justice Lord in the Orange Walk Supreme Court. During the trial, the prosecutor called eleven witnesses to testify.

In the trial, it was revealed that Hall was stabbed fourteen times in his apartment in Carolina Village, Corozal District.

The accused also gave sworn testimony telling the court that the stabbing took place when Hall grabbed him by the throat after turning the lights off in the apartment.

In mitigation, Judge Herbert Lord heard from 5 character witnesses who spoke well of Mencias. They all begged the court for leniency on behalf of Mencias, and his attorneys, Baja Shoman of Legal Aid and Michelle Trapp Zuniga asked the court for remission time and that Mencias be given back his 5 years on remand which he got.

The sentence deducts 5 years on remand which means he will only have to serve half more of his term which is five more years behind bars.