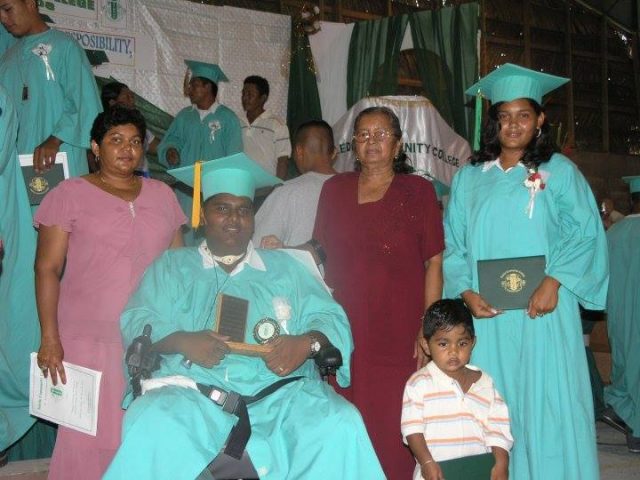 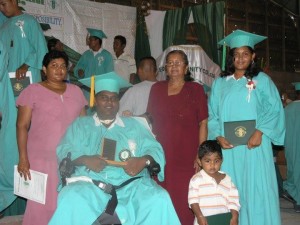 By Delilah Ical: A family from the US have started a campaign to help a young Belizean obtain his degree following life changing challenges.

In an article titled “Help Rodney Finish College” the author, who is unnamed, shares the story of Rodney Borland, a native of Punta Gorda Town in the Toledo District. Borland is presently in Wisconsin in his first semester of college.

He has received funding for his first semester but does not have the finances to see him through college and that is why his friends took to the internet to raise funds so he can achieve his dreams.

Borland’s story is both tragic and inspiring and the author tells his story in an effort to show why he deserves the assistance. The author starts the story from 2003 when an uncle named only as Nick came to Belize from Wisconsin.

A doctor, he became Medical Director for Hillside Clinic outside Punta Gorda. It was there that he befriended Rodney Borland whom the author and her sister met when they visited. 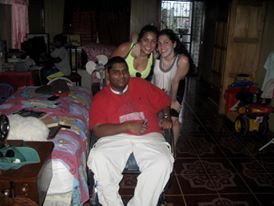 worked and on the night of October 11th, 2002 he would face a tragic turn in his life. An armed robber held up the store and during the ordeal shot Borland. He was wounded to the chest, two of his ribs were broken, his right lung was punctured and his spine severed.

His recovery was long and he spent eight months of it in Columbia Saint Mary’s Hospital in Wisconsin before heading back home. His challenges were only beginning, however, as he was left paralyzed from the waist down and had to use a voice amplifying device to speak.

He kept a positive attitude despite it all, says the author. Borland went back to school and made it all the way to the University of Belize while working his way to pay his fees.

He had to leave UB, however, to undergo a back surgery and he could not finish. Even after the passing of his mother, he pushed on and in 2015 he applied to the University of Wisconsin, Parkside, Kenosha WI and was accepted.

He is already doing his first semester but does not have the money to complete the next few years at the university and as such his friends are asking for the public’s kind assistance in helping him obtaining a higher education “in honor of his father and his mother without whom he wouldn’t be where he is today”.

For a full look at the story you can visit https://www.gofundme.com/helprodneyb. 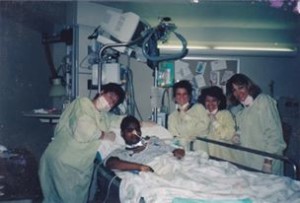