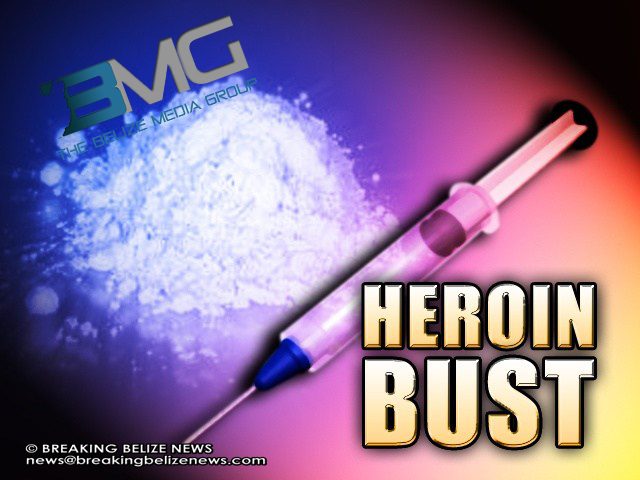 By Chrisbert Garcia: It is common in this country that police make busts of cannabis, which is found and seized almost every day in different districts, but on Monday, December 28th officers of the Anti-Narcotics Unit made a huge bust in Belize City. 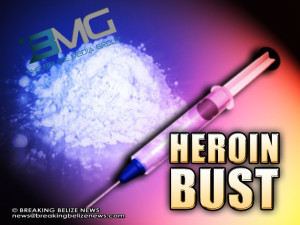 While conducting operations, the unit intercepted a taxi on the Bel-China Bridge being driven by 25-year-old Giovanni Requena and a search of the vehicle resulted in the discovery of a black bag which contained 12 parcels of heroin.

The heroin amounted to a whopping 11.155 kilograms or 24.6 pounds, for which Requena was arrested and charged with two counts of ‘possession of controlled drugs with intent to supply’.