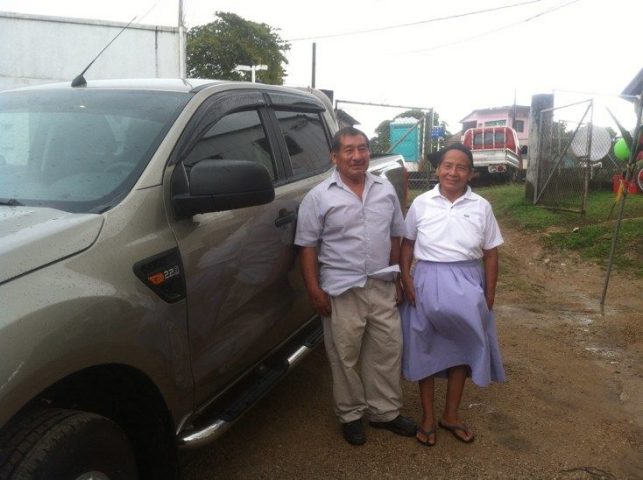 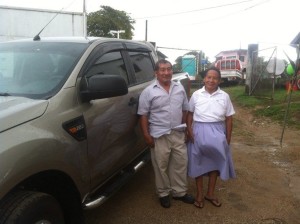 By Chrisbert Garcia: King’s Service Station along with UNO Gas Station in Punta Gorda Town, held its grand end of year raffle a short while ago in front of the UNO compound, where a brand new 2015 Ford Ranger pickup truck was handed over to its new owner.

A barrel containing thousands of tickets, each obtained through the purchase of $50 worth of fuel, was spun by the gas station’s manager and the ticket of a very lucky winner from San Pedro Columbia Village was selected. That winner, Santiago Coc, was informed that he had won and quickly arrived with his wife to take home their new ride as the rain poured and gave it an extra shine.

Last year’s raffle was for a Kia Pickup Truck that was also won by a resident of San Pedro Columbia Village and the gas station’s manager, Olympia Guy, told Belize Media Group that customers can continue to look forward for great promotions from UNO as there will be another big raffle for $10,000 in cash at the end of March, 2016. 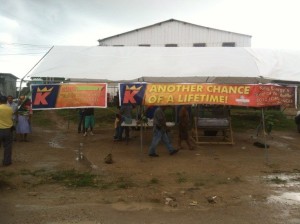