Two to be charged for Canadian producer’s murder

No one charged for 183 pounds of weed 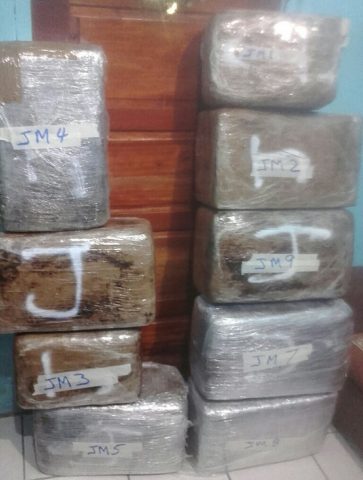 By Dalila Ical: Orange Walk Police have released the two men who were arrested following the

discovery of a little over 183 pounds of weed.

The discovery was made last Sunday by the Orange Walk Formation’s Quick Response Team on a feeder road off the Philip Goldson Highway between miles 42 and 43. Officers caught the two men with nine bales of weed wrapped in black plastic bags which was estimated to be worth around $350,000.

Interpol has been called to investigate the case and so far no one has been so much as charged for the discovery.