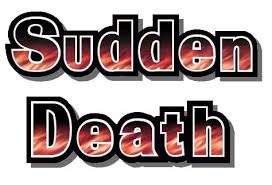 By Aaron Humes: The body of a Princess Cruise Line passenger, 67 year old Janice Mittelstadt, lies at the Morgue at the KHMH awaiting a post mortem examination following what police is initially calling a “snorkeling accident”.

The South Dakota resident arrived in Belize sometime this morning aboard the Caribbean Princess and was picked up from the ship and taken to Sergeants Caye.

Superintendent Gualberto Garcia, Officer Commanding the Tourism Police Unit says she was snorkeling off the Caye when she suddenly went under water and had to be rescued. However, she did not respond to emergency assistance and was pronounced dead.

Superintendent Garcia said they do not know as yet what caused her death, nor whether she had any conditions that contributed. He also noted that most of the deaths at sea involving cruise ship passengers have been largely older persons.

He explained that they will consult with the Belize Tourism Board to address the issue.