No one charged for 183 pounds of weed 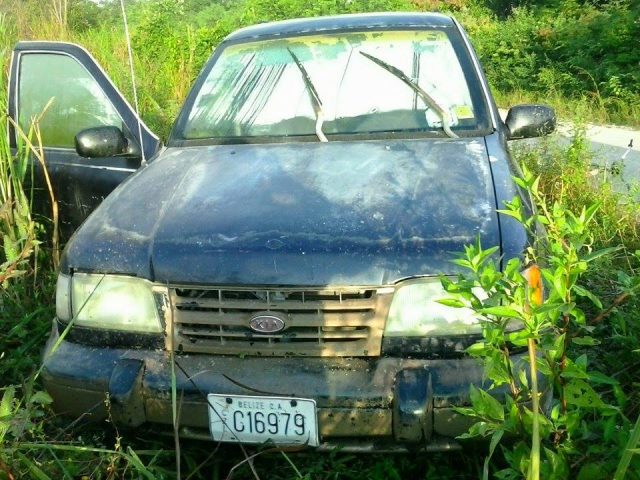 By Dalila Ical: Thirty-two-year-old Luis Alcoser, who went missing before making it to his destination early Wednesday, is still missing and his disappearance remains a mystery. Alcoser’s blue KIA Sportage SUV, with license plates CZL-16979, was found about five to six feet off the road at the entrance of Caledonia village in the Corozal District. There were three bullet holes to the windshield and one on the door of the driver’s side. Authorities did not find any blood in or around the vehicle, which only deepens the mystery surrounding his disappearance.

Police say there are no new leads but several speculations have been made, including that he may have been abducted and even that his disappearance may be linked to drugs. Police have not confirmed anything except to say their investigation continues.

We have been reliably informed, however, that officers found a slug in the vehicle but have been unable to verify its caliber as it is too damaged. Alcoser’s father, Erminio Alcoser, says he has not heard from his son since he went missing. He added he has been trying to call him on his cell phone but the calls are unanswered. Alcoser further says he has also been trying to locate his son by searching the nearby fields where his Kia was found but has not been able to locate him or anything that can point to his location.

The elderly Alcoser says he does not know much, if anything at all, about his son’s affairs as the younger Alcoser did not speak much about his private affairs even though they lived in the same home. He would reportedly leave home without saying where he was headed and would also stay away at times without informing anyone of his whereabouts.

Luis Alcoser’s wife and 12-year-old son are equally worried about his disappearance. The elder Alcoser says he is not aware of his son having any problems with anyone or whether he is involved in any illicit business, again, because his son did not speak much about his affairs.  Like the police, the elderly man would not speak more about the matter.