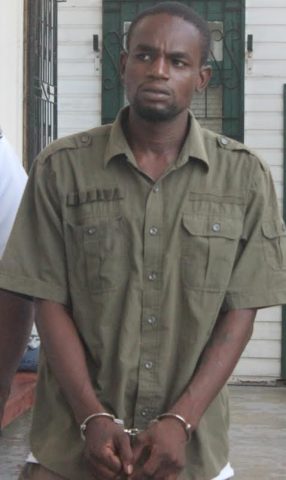 By Aaron Humes: Twenty-three year old Michael Arnold, a labourer of the Pickstock Apartments, appeared today before Senior Magistrate Sharon Fraser and was arraigned on charges of robbery and wounding. 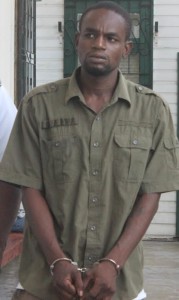 Arnold was denied bail and he was remanded into custody until March 9. On January 5, fifty-six year old Maria Pou, a businesswoman and owner of Pou’s Meatpies of New Road, had just received $500 from a tenant and was standing in front of a house elsewhere on New Road when her assailant came from behind her and grabbed the hand in which she held the money.

A brief struggle ensued and Mrs. Pou fell to the ground and cut her forehead. Her assailant then made off with the money. Eyewitnesses claimed to have identified Arnold as the attacker, however in court Arnold claimed to be set up by a police officer involved with a former partner of his and denied committing a crime against someone whom he knows well, saying he was at home at the time of the incident.

He also was unable to avoid going back to jail to serve time on fines which he says he has already paid for previous offenses.