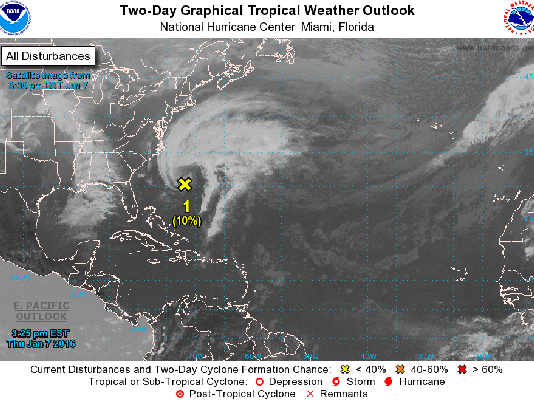 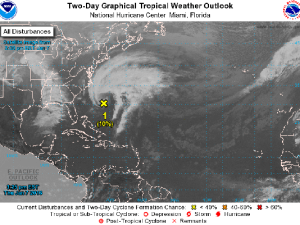 By Chrisbert Garcia: According to the United States National Hurricane Center, a low pressure system stationed between that country and Bermuda, has a chance of developing into a subtropical storm which is rare for the month of January; so rare that only five have developed around this time in more than 100 years.

The storm is currently centered a few hundred miles West-Southwest of Bermuda and has produced winds up to 65 miles per hour but it is unlikely for it to form into a subtropical or tropical storm in 48 hours with only a 10 percent chance of that happening.

Over the next five days though, there is a 30 percent chance of it developing into a subtropical cyclone, posing a potential threat to Belize since we are not too far away from Bermuda, less than 3,000 kilometers in fact.

In the event that the storm develops, it would be given the first name on the list for this year’s upcoming hurricane season in the Atlantic Basin, which is ‘Alex’. The last storm like this one to develop was named Zeta and it spun harmlessly in the Atlantic.