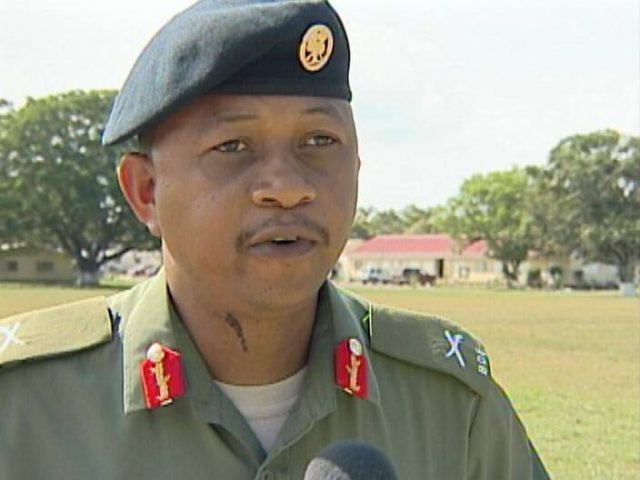 By Aaron Humes: Brigadier General David Jones, Commander of the Belize Defense Force, flanked by Minister of National Security John Saldivar, spoke yesterday on the achievements of the local military in 2015 and how they plan to forge ahead in this New Year.

According to General Jones, key successes for the national army include national security and the border patrols which he says has seen significant improvements and control.

With more soldiers off the Belize City streets, the BDF has significantly improved patrols along the border and done more interceptions in areas like the Chiquibul.

With the coming of helicopters for the Force, the BDF’s ability to bring in personnel and supplies will improve, and 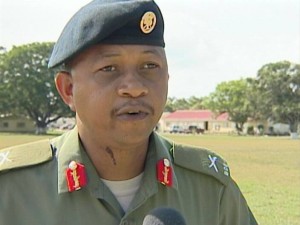 Currently a similar protocol to that used along the Western border is needed at Sarstoon, Jones said.

Other matters discussed were the refurbishment of several military facilities as well as the procurement of additional vehicles.

Commander Jones also announced plans for a kind of “military tourism” through the use of jungle warfare training to bring in unique forces from around the world and introduce them to Belize.