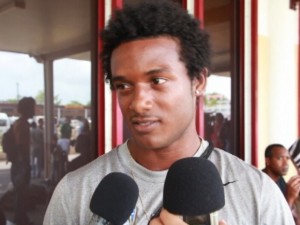 Salazar made four appearances for the Belize National Team, the first against Guatemala in 2011 and during the 2013 CONCACAF Gold Cup against the United States, Cuba and Costa Rica.

He was selected 24th overall and fourth in the second round with a draft pick acquired by Montreal from New York City FC.

The 23 year old Salazar plays for the University of California-Riverside Highlanders, and in the United Soccer League Premier Development League for the Under-23 Orange County Blues.

Salazar began his collegiate career at California Baptist University, scoring 17 goals in 39 appearances over two years and leading the team to back to back national titles.  He then transferred to UC Riverside on June 10, 2013 and scored 12 goals over two seasons for that team.