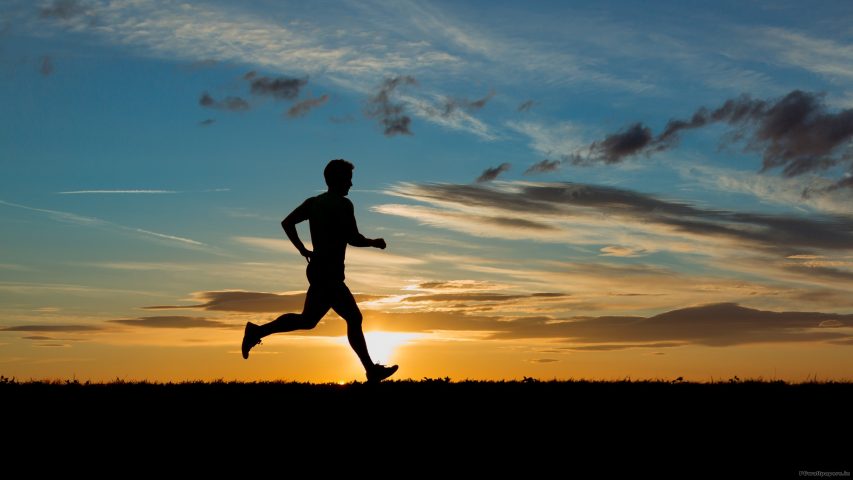 By Aaron Humes: This past Saturday, members of Belize’s uniformed services took to the George Price Highway, running from Mile 30 to 38 in a time trial to join the “Belize Protectors” team, which has been invited to participate in the annual Baker (California) to Las Vegas (Nevada) Race.

B2V, as it is known, takes place from March 19 to 20, covering 120 miles in extremes of temperatures across the southern U.S. desert, running from early afternoon into the night.

A relay team of 20 persons – 15 males, five females, will run six miles each. 5 alternates will also be named.

Of the 25 runners participating in Saturday’s trial, most completed the eight-mile run at or close to six minutes per mile; only two participants, both from the Customs and Excise Department, failed to finish.

Top finisher Elio Tzub of the Belize Defence Force set a blistering pace en route to a finish in 48 minutes, 4 seconds, but the Training Company member from San Jose, Toledo District, looked like he’d barely broken a sweat; he insisted he could be even better.

There are two females certainly headed to Vegas; both are both from the Belize Defence Force – three year veterans Rashida Augustine of the Special Boat Unit and Jerine Chun of Force Headquarters.

Three other females will be selected to join them along with the best finishers among the men, who hailed from the BDF, Coast Guard and Police Department, including a few notable players for the Police United football team.

According to Team Captain, BDF Commander Brigadier General David Jones, a Belizean-American known to the services extended the invitation. He says those who will make the final cut for B2V will undergo intense training in the next few weeks; broiling sun-hot to, hopefully, bitter cold.

But to get to Vegas the Protectors will need lots of money – at least a hundred thousand worth. Jones says they will get it from various Government benefactors including the Ministries of National Security and Sports.

This will be the first participation of any team from the Caribbean or Central America in this event, founded by two officers from the Los Angeles Police Department.

© 2016 – 2020, BreakingBelizeNews.com. This article is the copyrighted property of Breaking Belize News. Written permission must be obtained before reprint in online or print media. REPRINTING CONTENT WITHOUT PERMISSION AND/OR PAYMENT IS THEFT AND PUNISHABLE BY LAW.