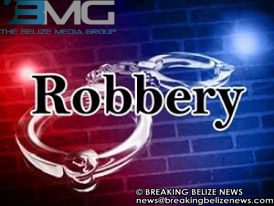 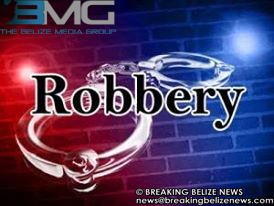 By Aaron Humes: 18 year old Jayear Flores, a food vendor of Curassow Street, Belize City has been charged and remanded for armed robbery and aggravated assault of a businessman and his client at Small Entrepreneur Business Institute in Belize City.

The teenager appeared before Senior Magistrate Sharon Fraser on one count of robbery with a firearm upon businessman, 32 year old Kemuel Marchand, who lost his wallet valued $40.00, containing personal documents and $116 cash.

Flores pleaded not guilty to the charges but due to the nature of the offenses, which are alleged to have occur with the use of a firearm, bail was denied and he was remanded to the Belize Central Prison until March 18, 2016.

Marchand, a tour operator and resident of Calle Al Mar, Belize City told police that at 1:30p.m., whilst he was inside the establishment, two male persons entered, one carrying a firearm, who held him at bay and pointed the firearm at Carla Flowers whom he choked around her neck.

The first armed man then walked up to him, pointed the gun at him and order him to lie down on the ground face down and relieved him of his wallet. He then went to search the cash pan but found nothing and both left the store.