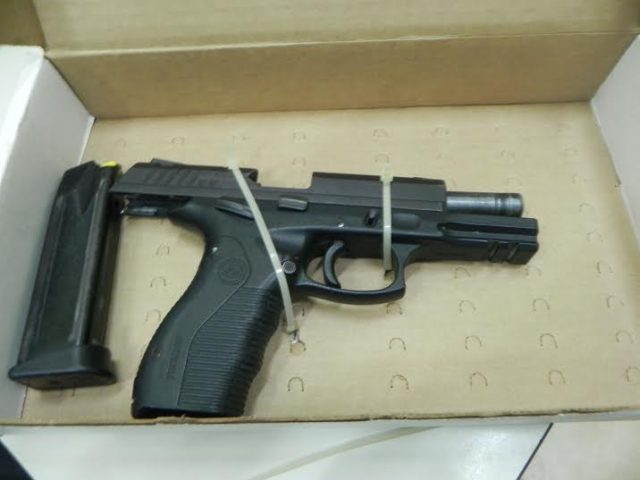 By Chrisbert Garcia: Two teenagers were arrested and charged for keeping a firearm and ammunition without a gun license last night after fleeing from police. The teens were eventually caught.

19-year-old Stradni Cassasola and 19-year-old Demrey Lewis, both of Fabers Road extension, Belize City, sped off in a vehicle around 8:45 p.m. when they saw a police patrol approaching them on Holy Emmanuel Street.

A chase ensued and the duo was eventually caught on Gibson Street, where their vehicle was searched and a 9 millimeter pistol with 4 live rounds of ammunition was found.