Harvest Caye: not all it’s cut out to be 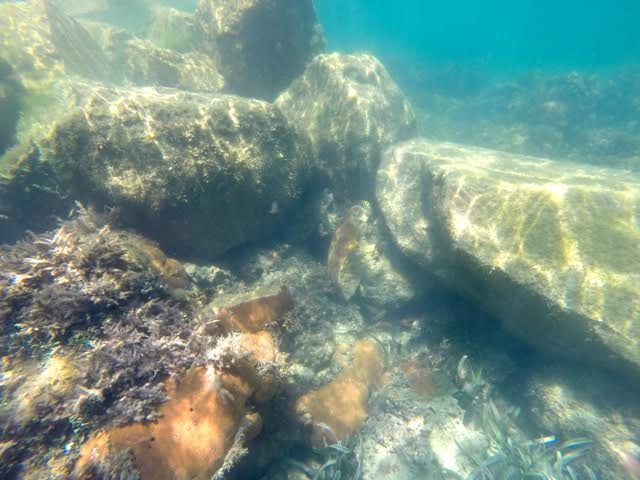 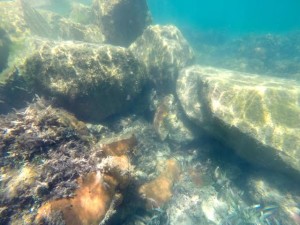 By BMG Staff: The Belize Tourism Industry Association (BTIA) recently won an important decision against the Department of the Environment (DOE) and the National Environmental Appraisal Committee (NEAC).

GOB was fined $50,000 in that Supreme Court decision and while some have viewed it as vindication of the BTIA’s position, many still feel the fine was more like a slap on the wrist for GOB, who approved Norwegian Cruise Line’s (NCL) Harvest Caye project without following proper procedure.

Harvest Caye, the NCL owned island slated to be the destination for southern Belize’s cruise port, was scheduled to be fully operational by March of this year but its opening was recently pushed back to November. It is expected to draw thousands of tourists and create employment opportunities associated with that industry, however, not everyone is confident the development is all positive. 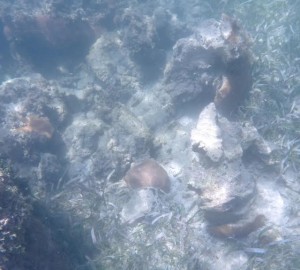 Anyone familiar with the development will know the controversy that surrounded NCL’s plans. The project faced stiff criticism and opposition by many within the tourism industry from the very beginning and now with the island in its final stages of development many of those critics are still convinced the project shouldn’t have been approved.

The approval itself was controversial as NEAC gave the project the green light despite obvious public opposition at a public consultation on the matter and despite evidence that NCL hadn’t done enough to prepare a proper Environmental Impact Assessment (EIA) for its plans on Harvest Caye.

The main concerns were the project’s environmental sustainability, or lack thereof, and the impact it would have on the overnight cruise tourism industry in the south. Stakeholders pointed to the Belize National Sustainable Tourism Master Plan, which was done in 2011 and endorsed by the Belize Tourism Board (BTB) and the Government of Belize for its strategy to avoid cruise tourism in the south.

The Master Plan specifically stated that, “Pocket Cruise tourism is the only acceptable form of cruise tourism in South Eastern Coast Belize.”
Environmental experts weighed in on the different aspects likely to be affected, even before the project began construction.

Manatee Research Associate at the Sea 2 Shore Alliance and the Coastal Zone Management Authority and Institute Jamal Galves, at the time, said the Harvest Caye area extended to the Placencia Lagoon and is one of the zones that hosts quite a large portion of the overall Antillean Manatee population in Belize. 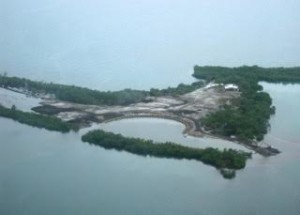 “This endangered species is constantly threatened by watercraft collision, destruction of coastal habitat and pollution. Consideration should be given to these manatees considering that Belize is the last stronghold for this endangered population,” Galves explained.

Coastal Planner at the Belize Coastal Zone Management Authority Samir Rosado also weighed in saying the number one threat for manatees in Belize is collision with vessels. Rosado said the development of Harvest Caye would lead to increased boat traffic in the area and would put manatees at greater risk of collisions with vessels.

Later in March 2015 it was reported that construction on the island had caused damage to a patch of coral reef in the surrounding area.

Marine biologist Lisa Carne, founder of Fragments of Hope, an organization that focuses on coral restoration said she had visited Harvest Caye one day and found large boulders dumped on patches of live corals.

Carne said she wasn’t sure why they would dump such boulders on live corals but suspected that it was a marker for an artificial beach NCL intended to build on the site, however, if they had only dumped those boulders just a few feet further the corals wouldn’t have been destroyed. 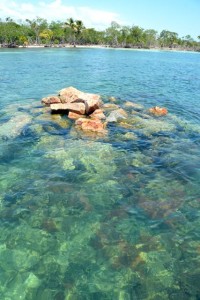 Carne also noted that the silt curtains being used at the site were ineffective as siltation was still a problem in the area. Carne said one curtain was not enclosed all the way and another was damaged, allowing siltation of the surrounding coral. She added that the ineffectiveness of the silt curtains were a violation of the terms of the Environmental Compliance Plan (ECP) provided to NCL as they were supposed to contain their spoil.

Furthermore, Carne noted that NCL’s EIA described the area around Harvest Caye as degraded, suggesting that the environment was not healthy. Instead, Carne explained, she found young colonies of critically endangered coral, locally known as pipe shank, as well as massive boulder corals in perfect health, which she estimated must have been hundreds of years old.

According to Carne, the site was populated with juvenile lobsters, schools of different types of fish, sting rays, manatees and other commercial species indicating that the site is actually an intact, resilient and recovering site.

There was also concern that the development and increased traffic in the area would be detrimental to the livelihoods of fisherfolk in the area.

Apart from environmental concerns, stakeholders argued that the economic return wasn’t worth it. NCL Vice-President of Destination Development, Colin Murphy said once completed, the cruiseline would have hired at least 200 people to work on the island. Murphy added that the cruise port would create about 1,000 jobs directly and indirectly. Still, critics argued that those jobs would be seasonal, unskilled, and low-paying.

Now with the cruise port set to open in a few months, it remains to be seen how things will play out as to whether or not environmental and socio-economic concerns were valid. Moving forward, however, it is the hope that GOB will be sure to follow all due processes required before approving projects with the potential to affect so much of the environment and community.