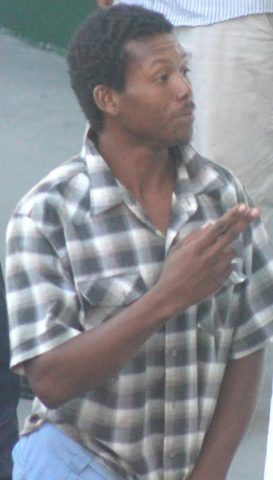 By Aaron Humes:  We reported yesterday of the attack on a group of visitors to Belize who were staying aboard a vessel anchored at Middle Long Caye. 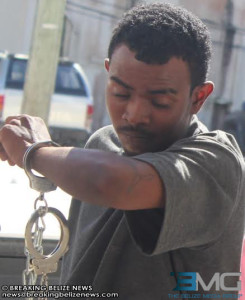 The group were robbed of their valuables at gunpoint, some of which have since been recovered.

Late on Monday, police arrested and charged three persons for handling stolen goods, with two of them expected to face more charges later on.

Lino was accused of dishonestly assisting in the retention of a black binoculars, valued at 750 US dollars, property of John Picard, which he was found with on Saturday, January 16, 2016. Pineda and her son were jointly charged with 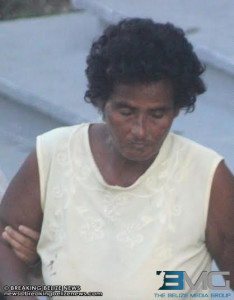 handling stolen goods for dishonestly assisting in the retention of 3 hard drives, valued at 600 US dollars, property of John Picard, also found on the same date.

Lino pleaded guilty, saying that he found the items while heading to Pineda’s residence, retrieved the binoculars and hard drives specifically and went to ask Cortez what to do with them; neither was home at the time. He denied knowing the items were stolen.

Meanwhile, Cortez also tried to plead guilty but his explanation was rejected. The court was unhappy to hear that a police officer who searched the house tried to persuade the trio to plead guilty after being charged.

The magistrate decided to sentence Lino to 3 months’ imprisonment, while releasing Pineda and Cortez on bail of $1,500 each subject to the usual conditions: reporting to the Mahogany Street Police Station on Mondays (Pineda) and Mondays and Fridays (Cortez) and avoid other criminal activity, despite objections based on continuing investigation and potential interference.

In any event, both Lino and Cortez was taken back to police custody after appearing in court.

John Picard, American retiree, reported that at around 10:00 p.m.Wednesday, January 13, 2016, he was at sea working. Around 4:00 that evening, he anchored his vessel near Middle Long Caye.

Later he and a group of friends were awakened by two men who demanded money. Their rooms were ransacked and a number of items stolen.

Police investigations led them to search the home of Lino where the binoculars were recovered. Acting on information received from Lino, they then visited Florita Pineda’s home located on Balan Street where they found the three hard drives and charged both Pineda and her 20 year old son.

Florita Pineda was able to post bail late yesterday evening and both relatives return to court on March 16, 2016.