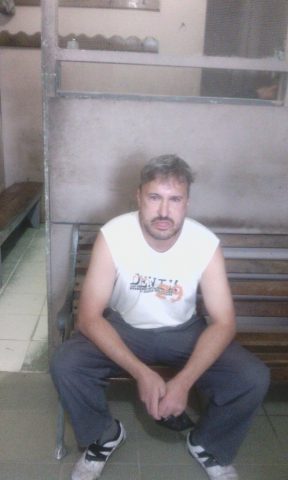 By aaron Humes : One Martin Muzikant, whose name first surfaced last year when he was the subject of an alleged bribery allegation made against local attorney Marcel Cardona which landed him in front of the General Legal Council, is back in the news 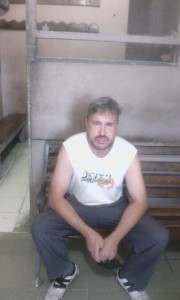 and in apparent trouble with the law.

A press release issued by Citizens Organized for Liberty through Action (COLA) this evening says he is in detention at the Orange Walk police station for possible violation of his expulsion order, valid since April of 2013.

Muzikant, who may also be known as Petr Maneth, is a Czech national, who admitted to illegal possession of a Czech Republic passport which had been reported lost or stolen. According to COLA he has, beyond giving the name Martin Muzikiant, refused to cooperate with local police about his return to Belize and his activities here since he had officially expelled and told never to return.

Muzikant/Maneth and his mother charged Cardona with criminal wrongdoing and alleged overcharge of services in 2013, even testifying over the internet via Skype before Chief Justice Kenneth Benjamin and the General Legal Council in pursuit of a complaint against Cardona.

COLA’s release calls on Government to crack down on the “international rogues” who use Belize for their own protection from criminal probes; and to fully investigate Muzikant/Maneth.

It additionally calls on Belizeans to assist authorities with any information they may have on the alleged fugitive, saying that it takes the cooperation of all to stop crime and corruption in Belize.

Our colleagues in Orange Walk say police have refused to speak about the case except to confirm the detention. Muzikant is expected to be arraigned tomorrow, Tuesday.