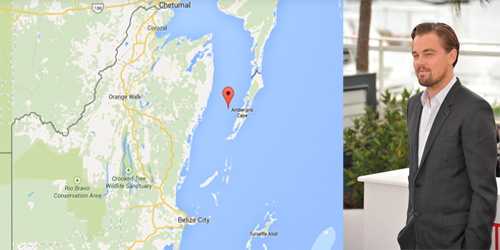 By BMG Staff: There was a public consultation held last week in San Pedro to discuss the Environmental Impact Assessment (EIA) for Leonardo DiCaprio’s proposed eco-resort at Blackadore Caye, however, quite a number of concerns were raised and experts have chimed in, offering professional opinions about the project. 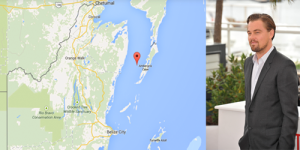 Dicaprio’s architects said he intends for the eco-luxury private island to serve as a benchmark for testing innovative ‘green’ technology and natural energy sources such as water, sun and wind. But some of the proposals have caused locals to question the project’s scope.

The consultation, hosted by the Department of Environment (DoE) at the San Pedro Lions Den, discussed issues pertaining to: the use of renewable energy to power the resort; reforestation of the mangroves and not removing or building on any current vegetation on the island; the use of fossil fuels, with a suggestion to use electric vehicles as the mode of transport on the island; the need to install a boardwalk; the need to protect wildlife in and around Blackadore; as well as a cleaner water treatment system; and a better means of disposals, with a suggestion for composting and recycling of waste products.

The prime eco-luxury private resort, equipped with solar-paneled energy, is designed to include an 80-room hotel, spas, private beach villas with pools and restaurants. The guest villas on Blackadore Caye will be built above a massive platform that stretches in an arc over the Caribbean Sea, with artificial reefs and fish shelters underneath. A nursery on the island will grow indigenous marine grass to support a manatee conservation area, and mangrove trees will be replanted, replacing invasive species. 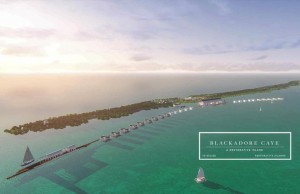 The first-of-its-kind project in Belize drew wide-ranging concerns from those who attended, including President of the San Pedro Tour Guide Association and member of the Ambergris Caye Citizens for Sustainable Development, Billy Leslie. He was quoted as saying to DiCaprio’s architects, engineers, biologists and field workers present at the gathering that locals do not have a problem with DiCaprio developing his island, but: “Our concerns are those with problems arising from the over-the-water structures that are being proposed for development in pristine fishing areas surrounding Blackadore Caye.”

Marissa Tellez-Kohlman, vice regional chair of Latin America for the International Union for Conservation of Nature/Species Survival Commission-Crocodile Specialist Group (IUCN/SSC-CSG) raised concern that local marine biologists and scientists were not being consulted by DiCaprio’s people.

The conservationist also shared similar sentiments with some of the locals at the consultation on the structure over the water, and its possible effects on local sports fishing. These, and other concerns raised need adequate responses from the developers, Tellez-Kohlman believes, before work on the resort begins.

The design to construct a building over the sea in an area that has been demarcated as part of the Hol Chan Marine Reserve is another point of contention raised. Another, primarily for fishermen and tour guides, is that they use the sea in front of the caye for fishing and tours but when the resort becomes operational, they fear their access to the beaches, which they consider public property, will be cut off.

But DiCaprio’s developers assured the audience that they want to improve the current conditions for the fishermen. They promised to consider the concerns raised. The developers pointed out that, based on their research, Blackadore Caye has been suffering its share of erosion, and the development they have planned for the island will only help to enhance its condition.

The DoE said it intends to take all concerns into consideration before giving the final green light to the project.