WHO warns of Zika spreading, threat to unborn babies 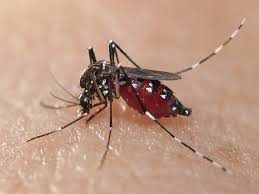 By Dalila Ical:  There is a new worldwide health concern as the World Health Organization (WHO) has indicated that the Zika virus may spread to every country in the Americas.

While the virus is not necessarily life threatening to adults, there is a growing suspicion that the virus causes a rare birth defect called microcephaly, a deformation of the fetus that causes babies to be born with a smaller head and brain and can cause lasting developmental problems. 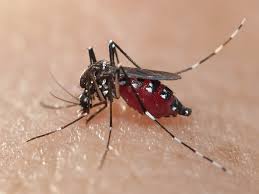 Health officials in Brazil, where the virus hit last year, have reported nearly 4, 000 cases of the birth defect, over 30 times the reported cases in 2014 which was just under 150.

There are 21 other countries that have reported Zika cases in the Americas. Given the latest developments surrounding the virus, and even though the evidence is still circumstantial, countries like El Salvador, Ecuador, and Colombia have advised women to avoid getting pregnant.

The United State’s Center for Disease Control and Prevention is warning pregnant women to refrain from travelling to infected areas as much as possible due to potential complications to the fetus. As a result, American and United Airlines have officially stated that they will allow customers concerned about the Zika virus to cancel or postpone their trips to affected areas.

The virus has not yet been detected in Belize but with the new information coming to light, health authorities are insisting that the public take measures to prevent breeding of the Aedes mosquitoes.

Director of Health, Dr. Marvin Manzanero says that since the outbreak of the virus in other countries they have been trying to find a reference lab for testing. Today they received a response from the Embassy of Panama in Belize saying that the Gorgas Institute in Panama would be willing to work with Belize to process samples.

Dr. Manzanero adds that since the symptoms of Zika are similar to Dengue and Chik-V, these tests are important to correctly diagnose people presenting symptoms including mild fever, conjunctivitis and headache.

WHO’s Director General Margaret Chan has been quoted as saying that the outbreak is “extremely worrisome” adding that “regional directors and I are determined to change the way we respond to outbreaks and emergencies”. The WHO’s executive board is expected to be briefed on its response to the outbreak later this week.

While the virus is likely to spread to all countries in the Americas it is not expected to reach Canada and Chile as the mosquito that transmits the virus is not found there.