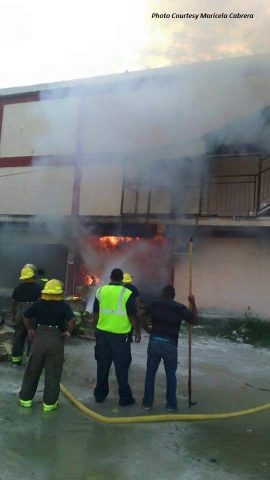 By Dalila Ical: Fire Officials and police in Corozal are still investigating the cause of a mid-afternoon fire in the Corozal Commercial Free Zone on Tuesday. 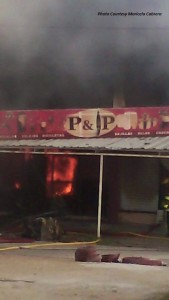 The alert was set off shortly after three in the afternoon as the Corozal Free Zone fire unit was dispatched to the P and P Plaza where heavy smoke was sighted. Zone authorities called the Corozal Fire Department, the Police and even the Fire Service in Chetumal, Mexico to contain the fire. Belize Electricity Limited (BEL) was also contacted to cut off power to prevent further chaos. 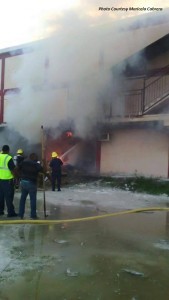 rived at the scene, although the Mexican team had some delays at the border. The fire teams worked to contain fire in the lower flat of a two story building measuring 75 by 75 feet. The fire, BMG understands, was contained hours later and by midnight it did not pose further threat to adjacent buildings.

The building is owned by Amit Moryani, a business man from Orange Walk town, and was being used as a store room. Fire officials are still working to verify the cause of the blaze. The damages and the cost of these and whether the building and its contents were insured are still undetermined.