Cubans released after over seven months in prison 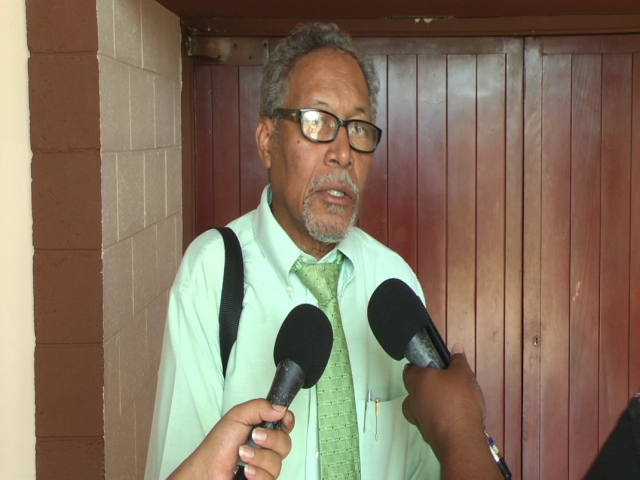 Ministry of Natural Resources addressing Harmonyvile and Valley of Peace

On either side of Belmopan on the George Price Highway are two festering land issues for the Government of Belize to deal with. The first is the ongoing problem in the Harmonyville Agricultural Subdivision, where there are still squatters in the buffer zone which Government was court-ordered to maintain following a mediated settlement nearly a year ago.

Minister of Natural Resources Godwin Hulse plans to meet with the leader of Harmonyville, Nigel Petillo, about it, but he told us that it does not necessarily put pause to the acquisition of title by legitimate property owners which goes on apace.

The second, in the Valley of Peace, is a bit more complicated. The farmers affected by the spraying of crops a year or two ago by Santander Sugar have gotten back land, money and other things they need to rebuild their farms – but they do not have title. In this case the Minister says it is not his Ministry’s fault: the surveyor contracted by Santander/Green Tropics to survey the land has not finished his work and title cannot be granted until he does and it is signed off on.

Immigration officers on the hook over David Nanes affair

Two – not three, as we have heard – Immigration Department officers may face the Public Services Commission concerning their handling of the Mexican-American fugitive David Miguel Nanes Schnitzer, who has absconded on bail following multiple forgery charges related to his fraudulent acquiring of various Belizean documentation. Minister Godwin Hulse says the pair have responded to a “show cause” letter sent to them via Senior Counsel Godfrey Smith, details of which are not available at this time.

And according to the Minister, even if Nanes is not brought to justice, the affair represents a stronger stance on issues of Belizean nationality.

Nanes remains at large, without any status in Belize, and Belize police are on the lookout for him.

Businessman Bradley Paumen was dissatisfied with the judgment of the Supreme Court – so much so that he is accused of plotting to kill the beneficiary of that judgment and three others. It concerned whether the Ministry of Natural Resources had any right to acquire the land on which the road to Paumen’s property, Dark Night Enterprises, would be built and the court ruled that it did not – that fell to the Ministry of Works.

But there are still questions, such as who, if not former Minister Gaspar Vega as he claimed last week, gave the directive to make the acquisition? Vega’s successor, Godwin Hulse, answered both questions today: the Ministry of Works continues to review the Paumen matter, and his Ministry is not much concerned about the directive since there is a labyrinthe process involved and the matter is moot now – the directive was found to be invalid.

The Czech national variously known as Martin Muzikant or Petr Maneth is behind Belizean bars again, jailed for six months on violating an expulsion order given to him in April of 2013.

But what exactly is he doing in Belize – again? It’s a question the Ministry of Immigration and Nationality hopes to get answers to, as explained by Minister Godwin Hulse.

The investigation centers on Muzikant’s dealings since coming back here; they do not know, but will find out, if he has any new Belizean documents or is working with anyone here.

Late last year, the case of two persons from the Toledo District who claimed to be agents of the Immigration Department and successfully duped several persons into paying for falsified nationality certificates came to light in the House of Representatives.

As the case winds its way through the court system, today Minister of Immigration Senator Godwin Hulse told reporters today that the Department does not have any official agents who go out to solicit services, and that the general public should bear that in mind when such persons come to your door.

All Immigration Department services are done strictly at their offices located countrywide.